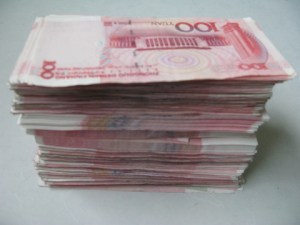 That lazy marketing strategy has helped companies like YouKu (aka THE YOUTUBE OF CHINA!….nevermind it doesn’t really do user generated content) or RenRen (aka THE FACEBOOK OF CHINA!) to get heady IPO pops, but it doesn’t help investors have a clue what they are really buying or the context of those companies on the ground. Historically boutique banks are better at doing this than the bulge bracket firms. (See the “four horsemen” who helped build Silicon Valley.)

Pacific Crest has been in China for ten years, and it’s clearly a good time for the firm to be doubling down. Much of the entrepreneurship in China over the last decade has been in non-tech sectors. Think: The guy who became a billionaire by growing the potatoes KFC uses in its fries. (I have no proof that guy actually exists, but I always hear about him when I’m talking to bankers in China as the example that nearly anything becomes a $1 billion business on the mainland.)

But tech is finally exploding, and China is proving that the biggest Web companies no longer come out of Silicon Valley. Not only are Tencent and Baidu two of the five largest Web companies by market cap in the world, the number of $1 billion+ Web companies in China has doubled in the last two years from fifty to more than 100, says Scott Sandbo, Chairman and CEO of Pacific Crest.

And my personal barometer for Chinese investment no longer being a fringe thing: Even Michael “everything great happens in the Valley” Arrington has money invested there.

Of course as the rollercoaster of RenRen’s IPO shows, many people are momentum investing off of scant information, marketing taglines and momentum. That’s not pretty. Hopefully, Pacific Crest can bring some more solid research to the Chinese tech investment landscape, before this whole thing ends in paper millionaires moving back in with their parents….again.