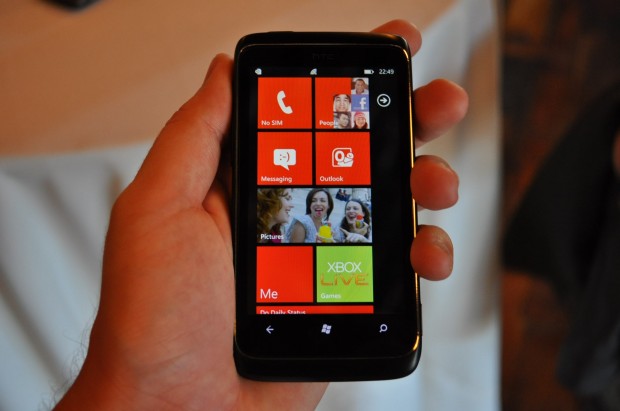 Wuh oh — looks like someone at Verizon pushed back an ad campaign and forgot to tell… everyone else.

Remember the HTC 7 Trophy? That Windows Phone 7 handset that HTC first showed off a few months ago? It launched on Verifone UK exclusively a few months back, but never poked its head up stateside.

Last night, however, ads went up all over the place indicating that a Verizon launch was imminent. It showed up on an Xbox 360 homescreen tile, ads went up across the Internet, dummy units hit Best Buy, this mostly-broken product page went up.. and all the while, neither Verizon nor HTC made a peep. Most of the ads we were seeing earlier have since been pulled, but let it be known: the HTC Trophy is hittin’ Verizon soon. At least, they were expecting it to when they bought up all that ad space.