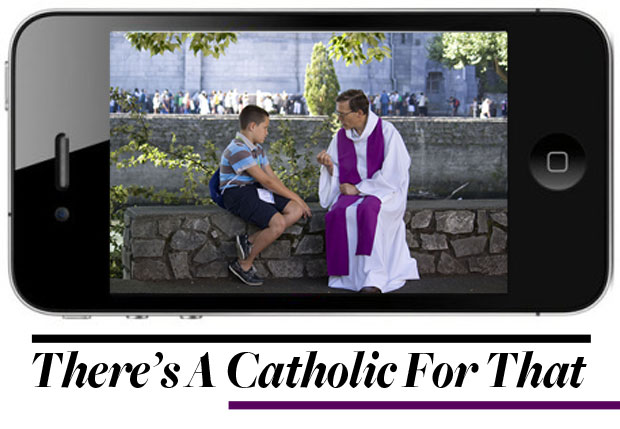 Former banker, current Benedictine nun, and iPhone fangal Sister Catherine Wybourne is looking for a little saving grace in application development and sales, as the monastery she founded with two other sisters faces continued financial turmoil. Using Phonegap, Sister Wybourne is creating two different iPhone apps: a free app focused on the rule of Saint Benedict, and a paid app that will help parish priests.

Wisely, Sister Wybourne neglected to elaborate, but she did mention that she was shocked to find out that no one had beaten her to the punch with this idea. “We are going to charge for our apps because we are in the middle of a fundraising campaign, and we are trying to get people to get hold of the idea of philanthropic investment,” said Wybourne. “So, it would not be a good idea on the one hand to say please invest in us, and on the other, give everything away for free.”

This isn’t Sister Wybourne’s first brush with modern technology and new media, as the nun has regularly spearheaded campaigns that leverage new technology, including online retreat services, spreading awareness through blogs, and sharing ideas on Facebook and Twitter. The monatstery even offers an email prayer-line, which is translatable and offers the same anonymity we’ve grown to love on the web, so no one feels embarrassed or awkward about their prayer request. While the prayer-line is intended to be an aggregation tool for prayer requests, some of the congregants use the prayer-line as a way of confessing sins.

Sister Wybourne’s embrace of the technological world isn’t exactly what we’d expect to see out of a nun, as the last great communication-based invention in history was Gutenberg’s printing press, which replaced the work done by monks in monasteries, and left them shying away from technological advancement as much as possible.

Sister Wybourne’s concerns lie elsewhere, mainly in the plethora of unreliable sources on the web. However, the nun said that she doesn’t believe that the traditions, rituals, or sacraments of the Catholic church will be modified by new technology, but that the way people share and express them will.