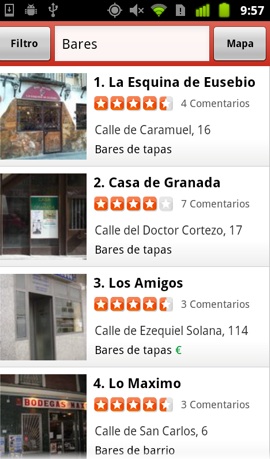 Yelp’s international sites have been growing like crazy, with non-U.S. traffic doubling in the past year. Today, it is adding a fifth non-English international site, Spain, to its roster. (The other international Yelp sites are in France, Germany, Austria, and the Netherlands).

Yelp is also seing growth along some other dimensions: reviews and mobile. Yelp now hosts 18 million customer reviews, with 2 million written in the first quarter alone and another million last month. Yelp’s reviews—both their number and quality—are one of the key pieces of content that differentiates it from other local sites.

Mobile is also growing at a nice clip. Yelp had 4 million mobile users in April, which is more than double where it was about year ago. Yelp’s iPhone and Android apps will be available in Spanish now as well. 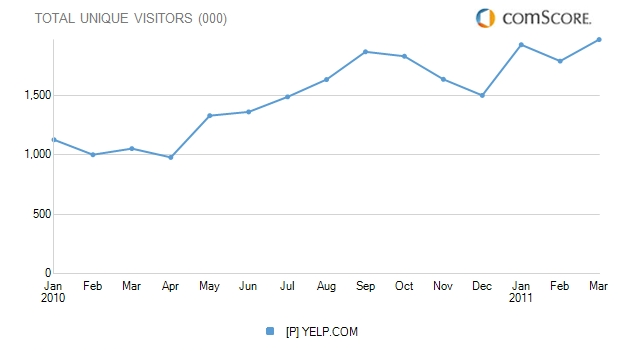