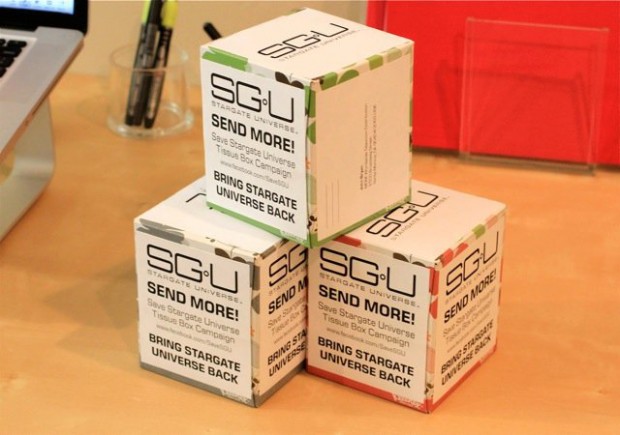 Stargate Universe wrapped last night. I teared-up a bit. The season two finale is said to be the show’s last episode as NBC didn’t renew the show and MGM canned the whole franchise. But one Facebook group is trying to change that.

The last time I posted about the group, they had about 26,000 members. But they’re still growing as word is spreading that they’re trying to save the show. Their member count is now above 31,000 and doesn’t seem to be slowing.

Clearly people want this show to continue although it’s probably going to be tough. At least one of SGU’s lead actors, Brian J. Smith, is the star of Syfy’s upcoming Red Faction show, which is set to air sometime this year. Still, if you’re a fan, jump over to the Facebook group and join the cause. I did, but quickly hid them from my news feed. They like to spam.