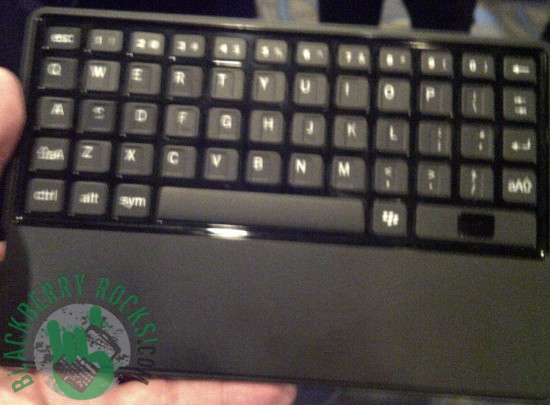 Settle down, PlayBook owners. You’re chance to buy high profit accessories is almost here. According to Pocket-Lint a Qwerty keypad is in the works and should be released in the coming months. Chances are it will look a lot like the the prototype keyboards previously leaked and picked up by both BlackBerryRocks and IntoMobile. [via NetbookNews]