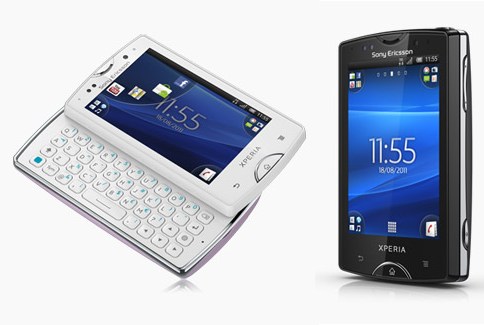 There are a lot of gigantic phones being released these days, but what about those of us who like a more diminutive form factor? Sony-Ericsson has our back, it looks like, and is releasing a pair of Android 2.3 handsets that number among the smallest out there.

The Xperia mini and mini pro (yes, they insist on lowercasing it) sport 1GHz processors, twee little 3″ 320×480 screens, and a 5-megapixel camera on the back that does HD video. Not that the HD is going to be much better than non-HD with that sensor size, but hey. 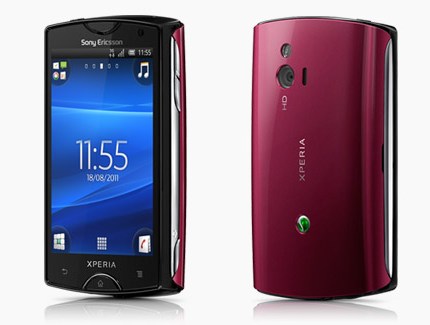 The two phones are, spec-wise, more or less the same (the battery in the pro is ever-so-slightly smaller), the main difference being, of course, the slide-out keyboard on the pro. You better have some tiny fingers to operate that thing! But it’s nice to have the option. We’ll let you know how it feels when we get our hands on it.

Android 2.3 (huzzah!) is customized (nayyy!) with a skin that lets you tuck apps into corners — I actually like the idea, if it works. Again, we’ll see about that later.

The phones are set to launch in August, but there are no carriers signed up just yet. The launch event was in London, as well, so it could be a while before they take up residence on this side of the pond.