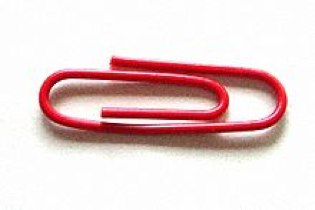 In 2005 Kyle MacDonald made a series of fourteen trades, beginning with a red paperclip and ending with a house. It took him less than a year. You all know the story. The Office did even an episode this year about the idea as well.

Well, Malaysia’s MOL Global now has somewhere around over $100 million in Facebook stock at the current secondary market valuation of around $31 per share. Until now, no one except insiders even knew they had any Facebook stock at all.

But they do, and here’s how they got it, and it reminds me a lot of the Red Paperclip.

MOL Global bought Friendster, you may recall, in late 2009. They paid $39.5 million for the company, but with adjustments for things like Friendster’s cash in the bank it was actually somewhat less.

Then, in July 2010 Friendster entered into a big partnership with Facebook. Later it became clear that MOL had sold Friendster’s portfolio of 20+ social networking patents and patent applications to Facebook. The reports at the time said MOL got around $40 million for those patents. That $40 million was in cash, advertising credits and the payments deal reported in July according to articles written in August of last year.

That was actually incorrect, we’ve heard from multiple sources.

In addition to other deal consideration, MOL also received 700,000 shares of Facebook stock in the middle of 2010 as part of that deal. And now, nearly a year of crazy growth and a 5-for-1 stock split later, those 700,000 shares have turned into 3.5 million shares. And those 3.5 million shares are worth around $109 million at the current secondary market Facebook stock price that values the company at $70 billion.

Meanwhile Friendster is still around, although parts of it are being shut down and MOL is focusing on relaunching it in Asia.

Not a bad outcome for Friendster in the end. It’s just too bad that none of the original investors or employees got a piece of the Facebook shares. Fortes fortuna adiuvat and all that. MOL crushed it, and the Friendster investors broke ranks too soon. If only they could have held out a few months more, Facebook would have come calling.