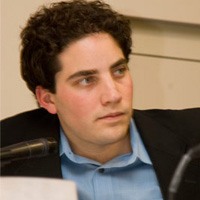 Earlier tonight, Yahoo announced that they grabbed one from our side to be the new Editor in Chief of their Yahoo Media Network: Jai Singh. Singh had been the Executive Editor at Huffington Post (and more recently, AOL HuffPo) for the past two years, where he helped shaped the company into the news and information juggernaut that it has become. Now we know who his replacement will be: Nico Pitney.

Pitney was previously the Executive Editor of The Huffington Post, having risen through the ranks after serving as the Politics Editor during the 2008 Presidential campaign (and eventually becoming the National Editor and Washington Bureau Chief). Below, find Arianna Huffington’s brief memo on the move (meeting place and time redacted in case of weirdos lurking around the NYT office):

I’m delighted to announce that Nico will become the Managing Editor of The Huffington Post Media Group. Jai and I have been talking for some time about his desire to return home to California and his family. We are very grateful to him for his great work and wish him all the best in his next adventure. So please join me at XXXXX today in the XXXXXX to raise a glass to Nico and say farewell to Jai.

In the release announcing the Singh hire, Yahoo made an even bigger deal about “its largest traffic numbers for a single event”. No, it wasn’t the Bin Laden death — it was the royal wedding. Says Yahoo:

Seems like that news and the major new hire should have had their own separate releases, no?