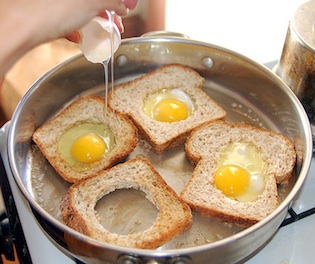 The news from NBC/Universal/Comcast is that the cable giant has finally made deals with both ABC and Fox to carry selected shows on their on-demand service. This is big news for the iPad set, because all four major broadcast networks are now available in a single service, on the iPad, without Flash.

Across town we hear talk of hardware acceleration linking up with Android to make Flash finally usable on every other device. This would be a good thing for Flash fans, who can make the argument that more devices will work with Flash than won’t. But in the new world of network broadcasting, the show’s over for Flash. Nobody cares what makes the picture dance on the screen, just that it does.

Instead, we care whether it streams or it doesn’t. Live streaming may seem to be about Ustream v. YouTube, about watching the Wedding or GaGa or whatever trending stream is hitting your push notification buffer. But it’s also about your own personal broadcast stream, formerly known as the telephone. Video calls are finally here, and the broadcasters who dither too long about iPad streaming will be in the same kind of trouble Microsoft is in with Windows.

The same way that we don’t care about Flash, we don’t care about the distinction between streaming phone calls and on-demand shows. One is about some idiot wasting your time, and the other… Same thing. The same dynamics that Comcast has finally ratified are moving into the phone call. Cable subs are up for those who support iPad access, down for those who don’t. Time Warner and Cablevision softened up the studios, and Comcast came in and closed.

Similarly, FaceTime softened up the carriers by introducing a service that obliterated the need for international plans. Those of us who switched to Verizon are out of luck until iPhone 5 anyway for a global phone, so the calculation on a trip to Europe is to get a throwaway phone for the trip from the airport to the hotel and WiFi. And before you say that FaceTime doesn’t work over 3G, Skype video does. The next time you Update All on your iPhone, you’ll see what I mean.

On this week’s Gillmor Gang, Danny Sullivan suggests it’s an extra download and besides people don’t want to have to put on makeup to answer the phone (I’m paraphrasing, or just trying to embarrass Danny gratuitously, or maybe myself for carrying blush at all times.) Twitter is an extra download for now, but the second they jump on video calls using their directory this will be a feature not a hassle.

When the smaller market of international travelers becomes enamored of video calls, we see another Netflix-style hockey stick. WiFi becomes a differentiator for choice of hotel and event venues, for coffee shops and restaurants, for sporting events and rock concerts. All of a sudden your phone and tablet becomes your portal to personal and professional incoming pings, a push notification router filtered by your business and location rules.

How long did it take for Comcast to make this deal? Time Warner released its iPad software less than two months ago, were sued by Comedy Central a week later, and were fast followed by Cablevision as though to say, no we really mean this, 10 days after that. It became clear in a New York minute that people wanted more stuff for their new iPad 2’s, and oh wait, iPad 2’s have a camera. Then ABC, the last of the original big three, capitulates to Comcast, and oh, wait, that’s Steve Jobs’ network.

Why would Jobs want to play the Disney card now, except for the fact that iPad 2 sales are going to skyrocket once the pipeline recovers from not being able to make them fast enough. You only have to experience a Skype video call once to want FaceTime to work over 3G, and Skype is softening up the carriers just as they move off flat rate to a profit center for streaming. You may not have been paying attention to the 5 gig limit before now, but the Comcast on-demand steaming at home and Skype push notifications on the go will stoke demand, as it were.

Apple already is making the case for a Comcast moment with the carriers by rudely interrupting Skype calls when a carrier call comes in. The Skype call is put on hold (at least on Verizon) and you have to cancel the push notification and decline the incoming call before returning to your video call. Perhaps Jobs is looking for some competition from AT&T to differentiate from Verizon as they have done with simultaneous call and data. Perhaps the lure of selling a higher priced video cap will close the deal.

Android has a real problem here that Google is attempting to fix by offering on-demand video over YouTube. Android’s video service is just now making its way into some builds, but the combination of pro and amateur streaming video offered by Apple will be hard to overcome. Not that it needs to be, because compatibility between the two major platforms will come at the cost of paving over Flash permanently.