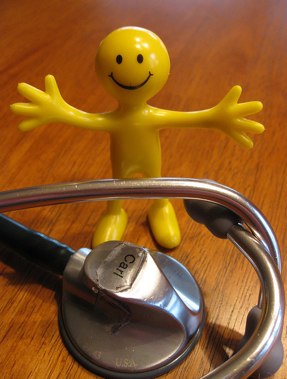 Editor’s note: Guest author Dave Chase spent the 90’s working at Microsoft in various senior marketing and general management roles, including founding Microsoft’s global healthcare unit that has grown to be Microsoft’s most significant vertical market. Prior to joining Microsoft, he was a senior consultant with Accenture’s Healthcare Practice working with a wide array of healthcare providers and systems. Dave has also been a successful investor and adviser to several early-stage companies. He can be found on Twitter as @chasedave or on LinkedIn.

The talent wars that were common back in the late 90′s appear to have returned whether it’s using LOLCats or cheeseburgers to recruit talent. While I love the creativity, when it comes down to making a decision to join a new company, the lumbering tech giants (Google, Microsoft, Amazon, Zynga, Facebook) which startups compete against for talent have one giant ace up their sleeve — great healthcare benefits.

When I left Microsoft 8 years ago, my wife expressed only one concern — losing health benefits. At the time, I told her that it’s just a matter of paying those costs directly. The reality has been that it’s been a significant hassle and cost that we’d rather not deal with.  The excitement of working with startups has outweighed that hassle, but even to this day it remains a burr in the saddle. Periodically, I will get an offer to join some company and her first question is “how are their health benefits?” Startups have repeatedly shown an ability to outmaneuver the behemoths we compete with but this is one area where the behemoths still have an edge.  It’s time to turn the tables with what I call Do-it-Yourself (DIY) Healthcare Reform.

While the behemoths stick to the old health payment model, which is a Gordian Knot designed by Rube Goldberg, there’s a better way. The big companies can stick with a model that has led to health costs increasing 274x in my lifetime (compared to 8x for all other consumer goods and services). What’s better is that startups are beginning to offer key parts of the solution.  There’s a Seattle startup called Qliance that is backed by Nick Hanauer (aQuantive founder, Second Avenue Partners), Rich Barton (Expedia/Zillow founder), Jeff Bezos and Michael Dell. (I am not an investor).  In the Bay Area, there’s a similar model – One Medical Group – that has been written up in the NY Times

Qliance and medical approaches like it recognize the budget-crushing impact of burdening the health equivalent of a car tune-up with insurance bureaucracy and profits. There’s a 40% “tax” that makes healthcare insurance unnecessarily expensive. Instead, in Qliance-like models, the health insurer gets disintermediated from day to day healthcare. It keeps insurance for what it does best—covering you for catastrophic items you hope never happen (major medical issues, house fire, car accident).

There are steps an individual or companies can take today that can save a massive amount of money.  I will explain three items that may be new to you but are important to understand and take advantage of depending on the scope of coverage you want for yourself or your employees.

The following are examples of the range of coverage you can provide to your team. I would always recommend at least having a very high deductible insurance plan.

My experience initially working as a management consultant to nearly 30 hospitals followed by founding Microsoft’s healthcare business has led me to the conclusion that it is virtually impossible to reform a fundamentally flawed model (i.e., the payment side of the equation). I outlined this in more detail in my Huffington Post piece entitled Health Insurance’s Bunker Buster. But taking giving employees new healthcare choices is one way startups can compete with larger companies in the talent wars.