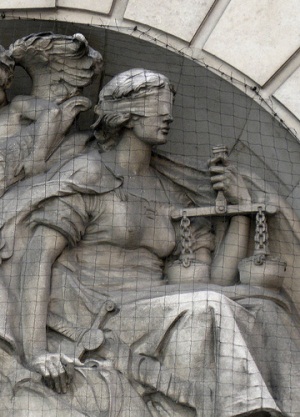 Basically, they’re suing over the fact that Twitter sent a confirmatory SMS to their cellphone after they themselves used an SMS command (‘STOP’) meant to turn off all phone notifications.

The two men allege that Twitter has engaged in unlawful conduct by contacting them on their mobile phones without their consent, which they say is a violation of the Telephone Consumer Protection Act of 1991 (TCPA) and an invasion of their privacy.

Here’s the relevant part in the lawsuit documents:

At some point Plaintiffs decided that they no longer wanted to receive text message notifications on their cellular telephone from Defendant.

Plaintiffs then responded to Defendant’s last text message notification by replying “stop,” as instructed by Twitter.

At this point, Plaintiffs withdrew any express or implied consent to receive text message notification to their cellular telephone that they may have previous given Twitter.

In response to receiving this revocation of consent, Defendant then immediately sent another, unsolicited, confirmatory text message to Plaintiffs’ cellular telephones.

Moss and Maleksaeedi says an “automatic telephone dialing system” was employed to deliver the confirmatory message, and that they incurred a charge for incoming calls as a result. This is illegal, the two men claim, because the message in question was not sent for emergency purposes and without prior consent given.

According to the lawsuit documents, Moss and Maleksaeedi seek up to $1,500 in damages for each call in alleged violation of the TCPA, which, when aggregated among a proposed class number in the “tens of thousands”, would exceed the $5 million threshold for federal court jurisdiction. The suit is expressly not intended to request any recovery for personal injury.

I’ve contacted Twitter for comment on this rather bizarre lawsuit but haven’t heard back yet (it’s still very early in California, so we’ll update as soon as we get a response).