As we saw from retailer JC Penney’s recent downfall in search rankings, using ‘black hat’ SEO tactics and gaming search is considered deceptive and ‘tantamount to cheating’ by Google. J.C. Penney said that it had no idea that this was happening and fired its SEM agency right away. But the retailer’s search ranking had already been “adjusted” by Google, and the damage was done. These sort of situations are considered deceitful by many in the search industry (including Google) and generally cast a malevolent cloud over a company’s search tactics. So, it’s surprising to find that a Sequoia Capital -backed Chinese startup, called Milanoo, appears to be gaming Google search results with these same black hat links spam tactics.

Milanoo, a China-based online retailer and wholesaler with a “passion for fashion,” is an ecommerce company serves customers with fashion apparel and related products in over 180 countries around the world, in seven languages (including English, Spanish and French). Launched in 2008, the startup just raised “millions of dollars” from Sequoia. According Digital Due Diligence, a small agency that provides in-depth investment research into online assets of companies; Milanoo has been caught using similar tactics as J.C. Penney.

Here’s what Digital Due Diligence found: For a number of very valuable keywords in Google search,, Here’s how Milanoo ranks for “cheap dresses” (position 2), “evening gown” (1), “cheap wedding dresses” (1), and “summer dresses” (2). Digital Due Diligence partner Doug Pierce (who also served as an expert in the New York Times J.C. Penney expose), writes that those four keywords alone have an equivalent cost of nearly $200,000 per month in Google AdWords.

It’s a red flag, explains Pierce’s fellow partner Byrne Hobart, when a search for evening gown or summer dress results with Milanoo as the second highest result as opposed to a major retail brand, like Macy’s Saks, Dillards, the Gap etc. In full disclosure, I am an avid online shopper and despite the company being in operation for three years, had never heard of Milanoo until it was covered on a TechCrunch a few weeks ago. So it is a little surprising to see that the site is listed as the second result in a search for the term “evening gown” under Bluefly, a site which I frequently visit.

This could indicate that Milanoo may be paying for spam and links to boost their ranking, which Google considers to be deceptive. Basically, Google’s algorithm considers and counts ingoing links to pages as a way to determine search rank. The more links a website collects, the higher it could rank. Google of course attempts to determine the source of these links, but in some cases, this can be overlooked.

In the situation with Overstock.com (who Google put in a penalty box for gaming search results), the retail site was paying for inbound links from Edu addresses, which Google tends to consider as more authoritative. In the case with J.C. Penney, many of the links to the retailers site were from spammy sites, where the company paid for these sites to link to the retailers for keywords like “evening dresses.” For example, a fashion blog linking to a retailer is fair. A Bulgarian property portal link is not.

Basically, Milanoo appears to be doing the same thing as J.C. Penney. The ecommerce site has been buying spammy links to both its homepage as well as to individual product pages, and these sites have linked, thus boosting Milanoo’s ranking above other, more well-known retailers in Google search.

Using the Open Site Explorer tool from SEOMoz, Hobart and Pierce say they couldn’t find a single inbound link that points to the page that isn’t spam or paid for. We too took a look at Open Site Explorer, searched for Milanoo’s link to “Evening Gown,” and found incoming links from NicePromOnline. Ok, so these aren’t as far fetches as J.C. Penney, but spammy sites nonetheless.

Then I did a search on Open Site Explorer for the link to Cheap Wedding Dresses on Milanoo, which resulted in inbound links from NFL New Jerseys, Auto News. Wow. Looks like Milanoo may have been caught red-handed in link exploitation.

So it’s a little surprising that Sequoia, a top-tier venture capital firm, would invest in a company that is using underhanded tactics to game Google’s search algorithm. And ironically, Sequoia is an early investor in Google. Pierce tells us that many times, investors don’t do the sort of in-depth digital due diligence that would flag these types of issues. His company is trying to provide investors with the tools and services to prevent situations like this.

If Google does find that Milanoo is gaming it’s search algorithm, the punishment can not only be damaging to a company’s search results, and brand but also to their top line. Overstock penalty by Google, which resulted in lower search rankings on the search engine hurt sales by 5 percent during the penalty period.

Similar to Overstock and J.C. Penney, a steady flow of visitors is key to Milanoo’s ecommerce business. And search is clearly a way to get those visitors. 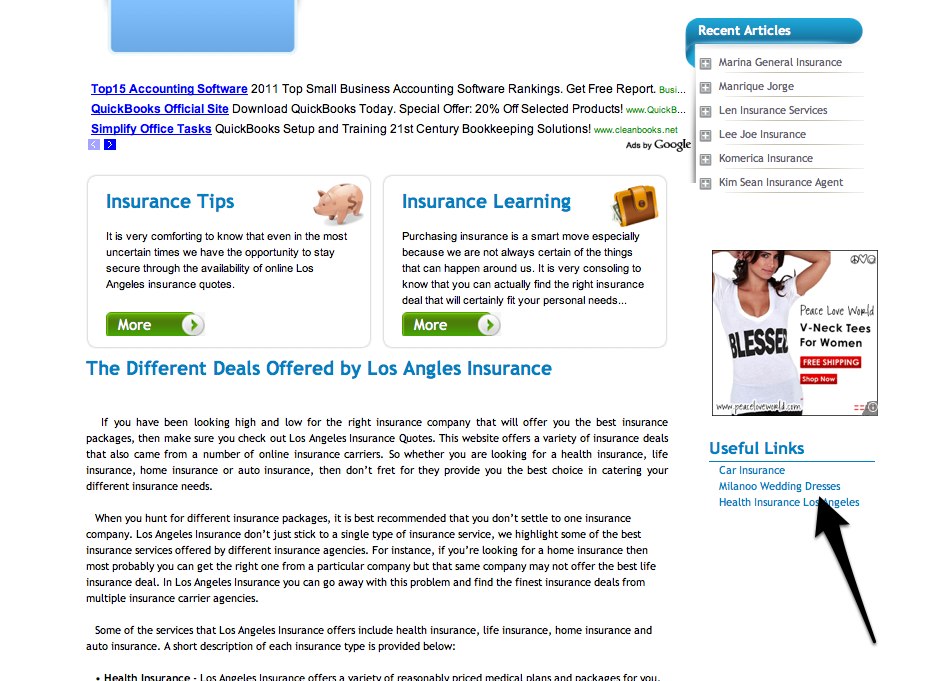 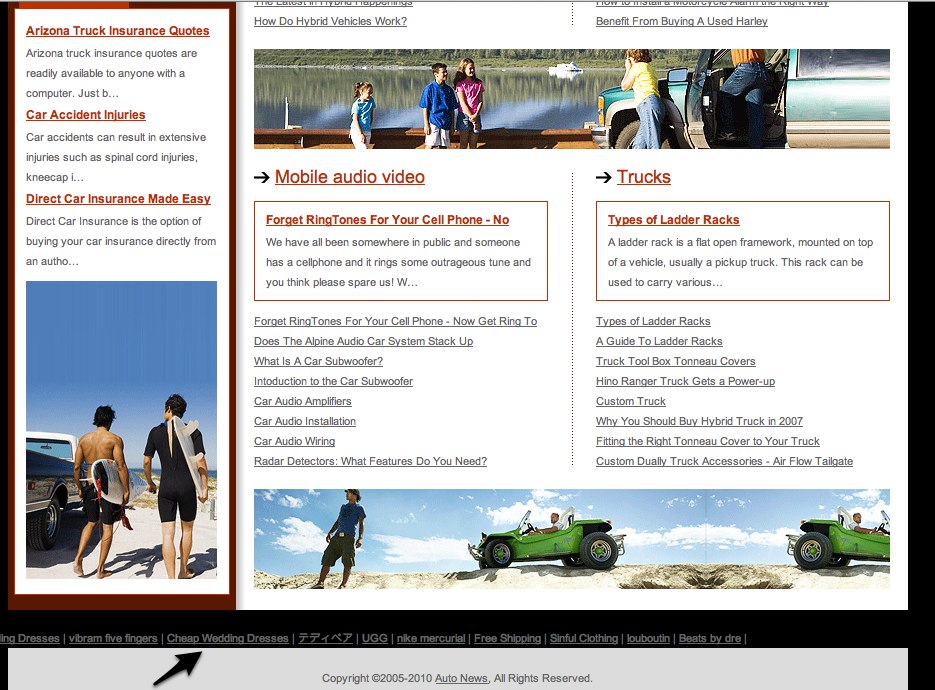