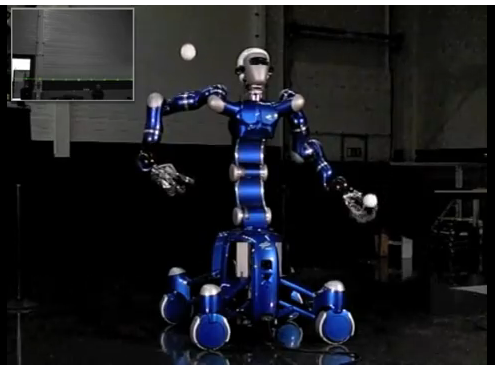 As a German, I can tell you we don’t understand baseball at all, but apparently our robot makers do. A team of researchers at German Aerospace Center (DLR) has developed Rollin’ Justin, a humanoid whose most spectacular skill is that he can catch two flying balls thrown in his direction at the same time.

You can watch Justin in action in this (very cool) video:

Via Plastic Pals via Hizook