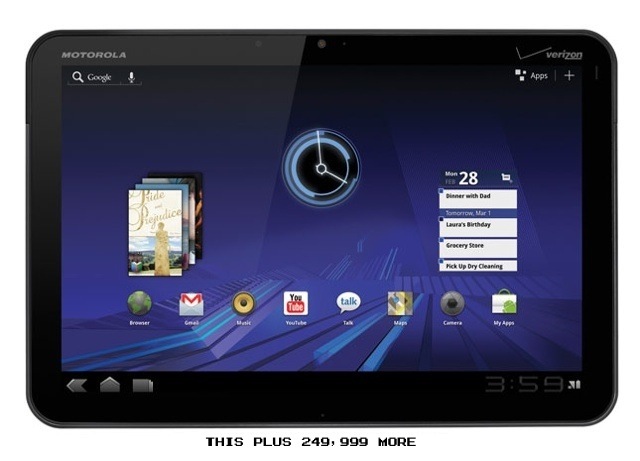 According to a Motorola filing, the company soldshipped 250,000 this quarter, more than the targeted 100,000 predicted a few months ago but still far less than any other tablet. To put this into perspective, the iPad 2 sold 300,000 units in the first weekend.

Obviously the biggest issue here is the Verizon two-year contract tie-in, a situation that initially squelched a great deal of interest from the average consumer. However, expect a Wi-Fi version to begin selling in May fron Verizon and Sprint, a happenstance that should improve the tablet’s outlook, at least for folks who don’t decide to go elsewhere for their Honeycomb fix.