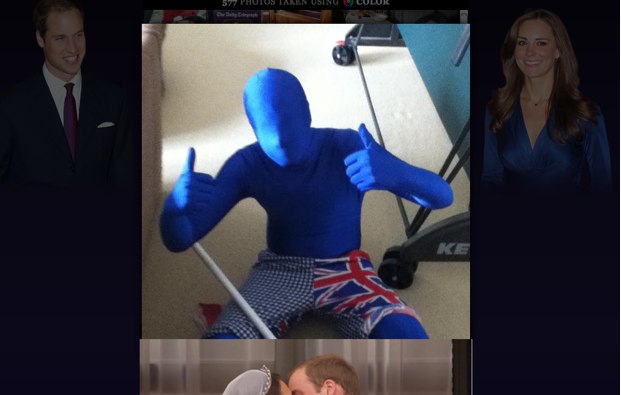 Well, the Royal Wedding is over. Wasn’t that wonderful? If you weren’t watching on TV, there were about a million ways to participate online. Millions watched on YouTube, Livestream and elsewhere. And even those who were there uploaded their own photos and videos, including this guy.  I’ll call him the masked Union Jack freak. Is that some sort of S&M suit he’s wearing? It doesn’t seem proper juxtaposed with the royal newlyweds.

You can find pictures of him on a special Color Royal Wedding Album created by people using the iPhone social camera app and sponsored by the British paper, The Telegraph. You remember Color, the $41 million photo app that created a huge backlash in the press and some confusion among consumers about exactly how to use the app.

Yeah, well, even with the Telegraph pushing the app as some sort of crowd-sourced photo collage, only about 560 photos were uploaded to the album, and none of them are terribly interesting. But I guess you had to be there. 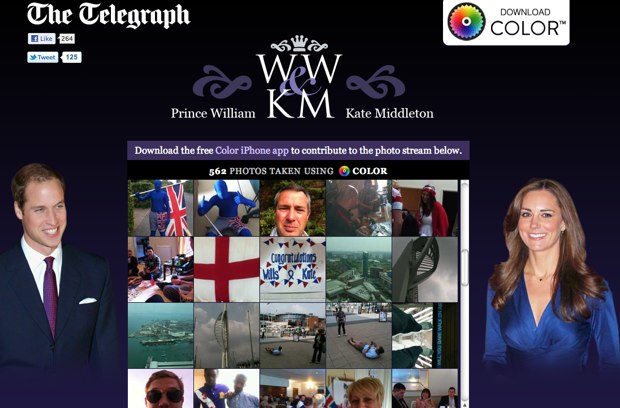