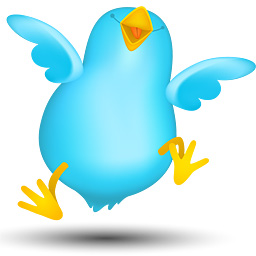 It’s finally official: Twitter has just announced on its blog that it will be moving to Market Square in SF’s Central Market neighborhood, just on the edge of the Tenderloin (one of the city’s most blighted areas). Twitter says it expects to move into the new office in mid-2012.

The announcement has been a long time coming: Twitter was engaged in much-publicized negotiations with San Francisco’s Board of Supervisors over a proposed tax break incentive that would give a six year payroll tax deferral for net new jobs (the city approved the agreement earlier this month). San Francisco typically requires businesses to pay unusual taxes on payroll (including stock options), causing Twitter, Zynga, and other tech companies to threaten to leave the city and take thousands of jobs with them. The tale is perhaps best illustrated by the goofy video below.

We would like to extend our heartfelt thanks to Mayor Ed Lee; the San Francisco Board of Supervisors (in particular Supervisor Jane Kim and Supervisor David Chiu); Jennifer Matz and Amy Cohen from the city’s Office of Economic and Workforce Development; Charlie Malet from Shorenstein Properties; and, everyone who worked with them for their vision, effort and perseverance in spearheading legislation that will help revitalize an area of San Francisco where office space has sat vacant for decades.

We are proud that Twitter will be among the first companies moving into the Central Market area and will be playing a role in its renewal with the city and with other businesses, arts organizations, and the numerous community organizations that have been doing hard work in the neighborhood for many years.