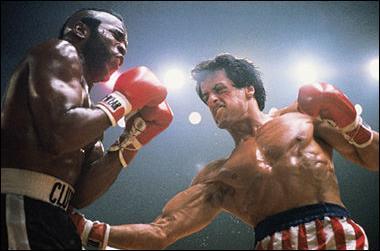 Yesterday, the story on everyone’s mind in the tech world was the turmoil at Twitter. Led by the Fortune cover story written by Jessi Hempel, if you read it, you might think the sky is falling on Chicken Little. Not surprisingly, Twitter responded — sort of.

Though it wasn’t an “official” response, Twitter co-founder Biz Stone put up a post on his personal blog late last night directly addressing the Fortune article. He even invoked Rocky.

The problem with Stone’s post is that he fails to respond in any way to the actual content of the Fortune story. Instead, he focuses on Fortune’s history of flip-flopping. They love Facebook, they hate Facebook. They love Google, they hate Google. They love Twitter… You get the point.

It’s a smart maneuver by the man who actually used to run communications for Twitter back in the day. (As a sidenote, I fondly recall our back-and-forth emails along the lines of “Hey Biz, why is Twitter down now?” “Hey MG, looking into it.”) But let’s be clear about what the maneuver is: straight-up diversion.

Stone’s post is implying that Fortune’s post is simply a continuation of a cycle they follow to build a company up only to knock them down. Though not stated, the underlying idea here is that these stories create more interest and thus, more readers. That’s undoubtedly at least partially true. But again, it’s also implying that there is actually nothing wrong at Twitter. And that’s simply not true.

Anyone with any sort of connections to the tech scene out here will know that a few things have been afoul for quite some time at Twitter. That’s not saying the company is collapsing, but Fortune doesn’t say that either. There has been trouble behind the scenes. It’s real. And it’s hardly some well-guarded secret.

You’ll notice that Stone does not deny any of that. Again, he simply diverts attention away from it by throwing a punch at Fortune for their editorial practices. “Are there problems at Twitter?” “Hey, look over there!!”

Stone also notes that, “Twitter has had so many ups and downs you’d think we would have had more negative press.” Apparently, he hasn’t been closely reading TechCrunch over the years. While all of us love and are addicted to Twitter, we’ve had dozens of negative stories about the service — and rightfully so. These include stories wondering if yes, Twitter is collapsing. We even had posts with the title “Trouble At Twitter“.

What Stone likely means, of course, is that the mainstream media has been largely kind to Twitter over the years. That seems largely true but for a different reason than Stone concludes.

Stone suggests that the mainstream media has shown Twitter nothing but love, but he leaves out the fact that it’s largely because they did view them as Rocky (to borrow Stone’s metaphor) for a long time. As in, they thought Twitter was a joke that could never compete on the big stage.

Hell, most of the mainstream media had absolutely no idea what Twitter was until mid-2009 or into 2010.

Stone does end his post strong though. “Twitter is an important company and it’s under scrutiny from journalists—this is exactly how it’s supposed to work,” he writes  Yes, that’s exactly right. You know what’s worse than getting taken down in the press? Getting no press at all because your company is considered irrelevant (see: above).

“Now it’s our job to prove the reporters wrong so they can write an article later about how we have made dramatic progress,” he continues. Again, right. At the end of the day, what matters are results. None of Twitter’s issues are unfixable. And even better, if Twitter continues to achieve growth and gains success from a monetary perspective, it will coat any problems they do have in a fine gloss that the press and others will look right past. You think Facebook doesn’t have internal issues? Yeah, right.

Stone then does what needs to be done and (rightly) praises the 400+ employees working for Twitter who are devoting their lives to it. It’s rah-rah from a journalistic perspective, but it’s exactly what a leader of a company needs to do when employees are reading about company troubles in the press.

But now I’m glossing over Stone’s glossing over of the real issues at hand. In Rocky’s boxing parlance, his post was a phantom punch. Sometimes you can win with those. But throw too many and you might end up on the wrong side of Clubber Lang’s prediction in Rocky III: “pain.”