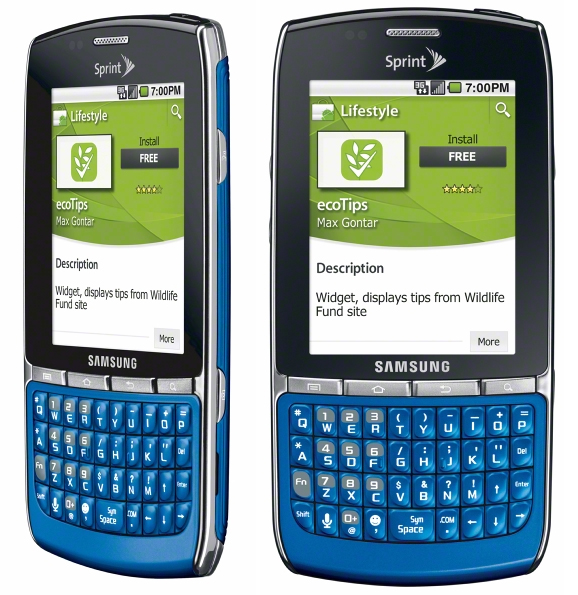 When Sprint launched their first “green” handset back in 2009, we assumed it was little more than a passing gesture. In 2010, they surprised us with a second installment in their green line. And this year? Sure enough, they’re back with another one — and this time, it’s an Android-powered smartphone.

Now, the Samsung Replenish is no spec’d-out monsterphone, but it is made of 82% recyclable materials with an outer casing built of 34% post-consumer recycled plastic. Under all those recycled bits its got a 2.8″ QVGA display, a QWERTY keyboard, 2MP camera, Wi-Fi, GPS, and microSD support (up to 32GB). Oh, and perhaps the coolest bit of all: Sprint will waive the mandatory $10 smartphone data add-on for anyone carrying the Replenish. Given that that works out to $120 per year, that’s no chump change.

Expect the Replenish to launch on May 8th for $49.99 on a two-year contract.