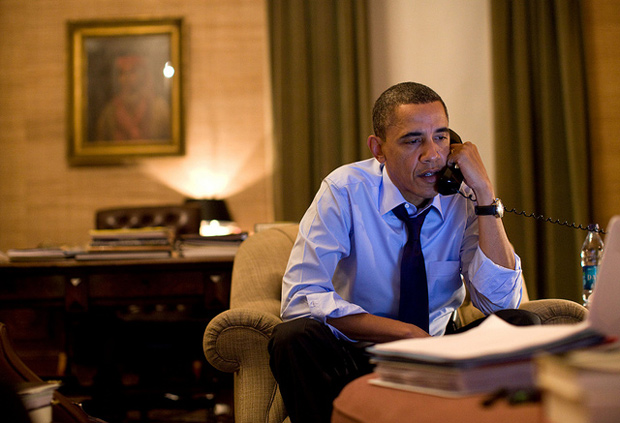 There’s a good chance that your office or home is more tricked out, tech-wise, than the Oval Office. President Obama complained yesterday, in what the AP calls “off-the-cuff remarks,” that what the Oval Office lacks is a “really cool phone.” Can someone get the president a Droid or something?

We’ve known from some time now that Obama is a bit of a BlackBerry addict, but apparently his technological nous doesn’t transfer to the Oval Office. He expressed remorse at the lack of “fancy buttons and stuff.”

Even if the president had to endure this technological nightmare—where are the buttons?!—at least he had a working phone, something that couldn’t have been said about the mighty TechCrunch office.

And here’s a free public relations tip: any company out there that makes “cool phones” would be absolutely foolish to not offer President Obama a completely free, tricked out phone. He doesn’t even have to accept it—are you allowed to accept gifts that come about as a result of your office?—but think of the tweets. “lol some-company sent obama its cool phone #awesome #followfriday #realtalk.”