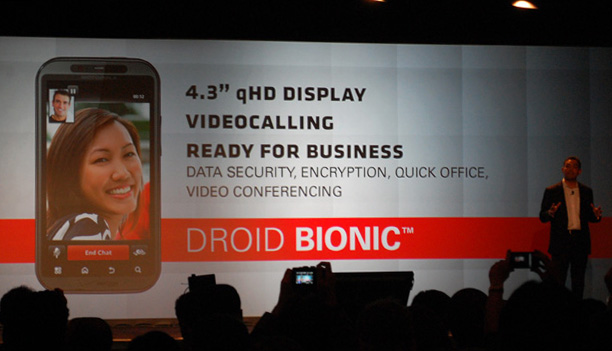 Remember the Droid Bionic? That 4.3″ Android LTE Superphone for Verizon that Motorola was going all gaga over back at CES?

Yeah.. uh, about that: it might not be happening after all.

Normally, we take hefty claims posted on Internet forums the same way we take anything yelled at us while strollin’ down the Mission in San Francisco: we say “Okie doke, crazy person”, and continue on with our day.

Some folks, though, are exceptions. One of these people is HowardForums’ wnrussell, who has inexplicably managed to snag shots of unreleased devices time and time again. When he starts talking about unreleased goods, we tend to listen.

Here’s what he had to say about the status of the Droid Bionic:

The latest information now is that the Bionic is not going to make it to market, and Targa or a similar model will take it’s place.

So, the bad news: it sounds like the Bionic might have gotten canned. The good news: the phone that is purportedly replacing it, the Targa, looks to be just as good, if not better.

Anyone out there who had their heart super set on the Bionic that won’t be satisfied by the Targa?