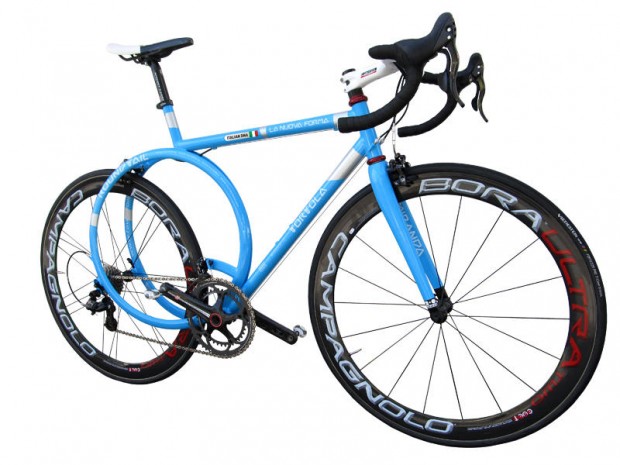 Just take a look at that. What’s going on here? This radically different bike frame design is called the Roundtail, and inventor Lou Tortola claims that circular rear thing makes for a way more comfortable ride.

I’m not entirely convinced, though, it should be said, I’m not an actual bike designer myself. Tortola says that replacing the standard triangular read frame portion with these hoops provides 10 times the vertical flex and 60 times the shock absorption — which, I have to agree with the others commentating on this, sounds like a bit too much. 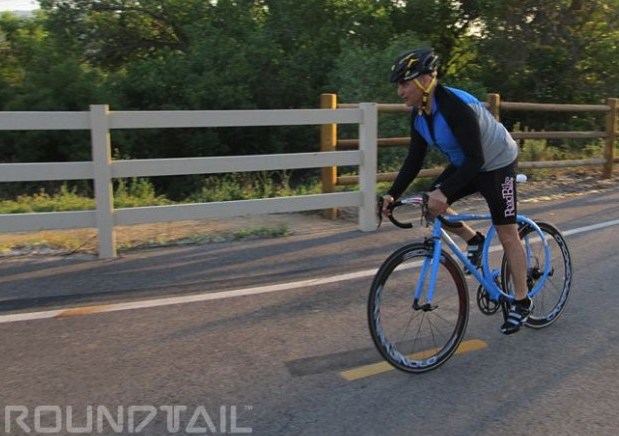 Yet Paul Taylor, who built the frame for Tortola, says that it’s undergone extensive testing and passed just fine. I’ll wait until the bike mags get hold of this thing before I pass judgment, but I get the feeling it won’t catch on. That said, lots of people thought hardtails were weird, and now they’re all over the place.

They say there will be titanium and carbon frames, of both mountain and hybrid varieties, coming in the fall, and they’ll be at Interbike in September.

[via Bike Radar and GizMag]