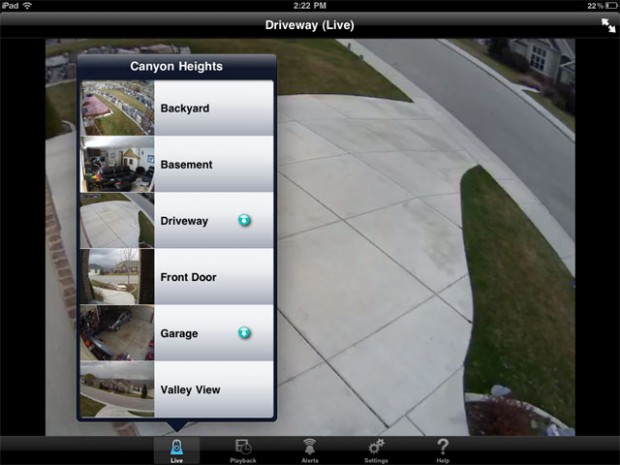 The Logitech Alert security camera system is a dead simple remote monitoring service and the company just outed an iPad companion app. In many ways the iPad version is just a retooled version of the current web app with live video viewing as the main feature. Users can view previously recorded alerts, change the settings on the cameras, and view live 720p video complete with sound. The app itself is free although to use any feature besides the live mode, a $79.99 subscription to the Logitech Alert Web and Mobile Commender service is required. Logitech’s cameras are on the pricey side, but feature great video quality, and as this app shows, good support from Logitech.

The Logitech Alert app for iPad providing free, live monitoring is expected to be available in the U.S., Europe and Asia in the Apple App Store at no charge beginning April 12, 2011. The Logitech Alert Web and Mobile Commander service enables additional functionality on the iPad, Web browsers and mobile apps and is available at a suggested retail price of U.S. $79.99 per year.

Logitech is a world leader in products that connect people to the digital experiences they care about. Spanning multiple computing, communication and entertainment platforms, Logitech’s combined hardware and software enable or enhance digital navigation, music and video entertainment, gaming, social networking, audio and video communication over the Internet, video security and home-entertainment control. Founded in 1981, Logitech International is a Swiss public company listed on the SIX Swiss Exchange (LOGN) and on the Nasdaq Global Select Market (LOGI).