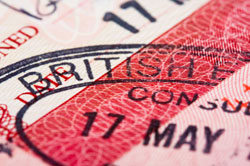 This is a guest post by Danvers Baillieu and Emma Peacock who are both senior associates at international law firm Pinsent Masons LLP. Danvers is the co-founder of Bootlaw.com, the legal meetup for tech start-ups and entrepreneurs and he specialises in technology law; Emma specialises in immigration and employment law and contributes to HRnetwork.tv and out-law.com.

The news that the British government has introduced the new “entrepreneur visa” has been widely welcomed by the start up community, not least here on TechCrunch Europe, and cited as evidence that the UK has in one respect stolen a march on Silicon Valley as the US government seems unwilling or unable to make progress with its much vaunted Startup Visa Act.

In the short time that the new rules have been in force, we have already been asked by London based start up clients to advise them on obtaining visas for overseas based founders under this new route and wanted to share our views – and specific concerns with the community, in the hope that this new regime can be further improved. The headline takeaway is that, to quote Jon Bon Jovi, “we’re halfway there”, but to quote John Reid, the regime is not yet “fit for purpose”.