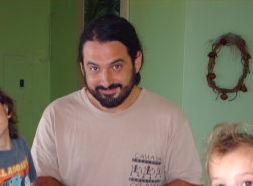 Paul Ceglia may just be a con man, or he may turn out to be the greatest tech investor who ever lived. After all, anyone who invested early in Facebook looks like a genius today. Peter Thiel turned his initial $500,000 investment in Facebook into a 10 percent stake that would be worth at least $5 billion today at the latest $50 billion private valuation. Facebook investor Jim Breyer of Accel Partners tops Forbes’ Midas List. And now we have Paul Ceglia, a convicted felon who claims that Mark Zuckerberg sold him half of Facebook in 2003 for $1,000, and he has the contract and emails to prove it. He later put in another $1,000 for a total investment of $2,000, but if he gets anywhere close to what he’s asking for (half of Zuckerberg’s share, which could be worth as much as $10 billion), he could go down as the best tech investor in history.

The purported emails, which Facebook says are fake, look pretty damning. They paint a picture of a young Zuckerberg playing Ceglia for some extra cash to help develop Facebook when it was only a dorm room project (Zuckerberg was doing work for hire for another Ceglia project, and got him to fund development of Facebook as well, at least according to Ceglia’s latest complaint). Facebook will either end up fighting this in court or settling with Ceglia for a princely sum just to take the risk of the lawsuit off the table.

Whatever happens, this incident holds several lessons for any would-be entrepreneur or engineer. In the video below, angel investor and Hunch co-founder Chris Dixon and I discuss what every founder needs to know before they give away any part of their company. The decisions made in the first 6 month usually end up being the most important. The biggest takeaway from this incident: Don’t ever sell half your company for $1,000.