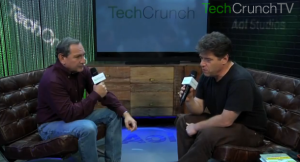 How important is the technology sector to the US economy? According to George Friedman, the author of the New York Times bestselling The Next Decade: Where We’ve Been…and Where We’re Going, technology is American culture. Rather than Coca-Cola, it has been the personal computer that has swept the world, spreading the American language and distributing the central American values of individual freedom and empowerment around the world.

While Friedman recognizes that other countries can copy US technology, he is bullish on American prospects in the 21st century because of our unrivalled skills in marketing. So where are we going in the next decade? According to Friedman, the iPad and Twitter aren’t fundamental technological breakthroughs. But he does think that we are on the brink of another technological revolution in non silicon, non binary based computing – a change, he says, that will have as profound an impact on the American economy as the personal computing revolution of the Eighties.

And to give you something to do while waiting for the next big thing in computing, we are giving away 5 free copies of Friedman’s The Next Decade. If you want one, just follow these steps to enter:

1. Retweet this post and include the #TechCrunch hashtag
2. Let us know what the best (or worst) part of the interview was in the comments below.

This is the second part of a two-part interview with Friedman. Yesterday, he explained why Twitter could have been invented by the secret police.

Why technology IS American culture

What is the future of the American empire?