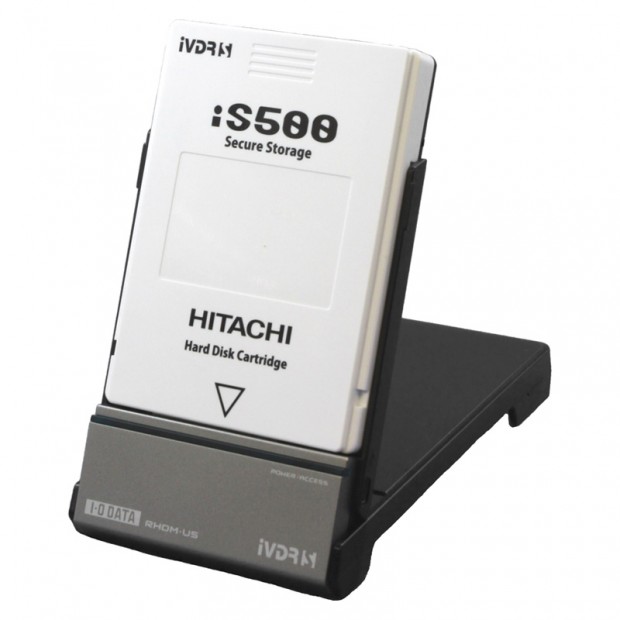 Never heard of iVDR? You are probably not alone. The iVDR (Information Versatile Disk for Removable usage) standard for portable HDD carts was established in 2002 by eight top Japanese electronics companies, but it never caught on. One of these companies was Hitachi, which still produces these devices, for example the iS500 announced [JP, PDF] today.

The iVDR has a capacity of 500GB, the highest available so far (although a 1TB model is expected to arrive this year). With the iS500AD that’s pictured above, Hitachi throws in a USB 2.0 PC adapter made by I-O DATA (I don’t really get the whole concept either). 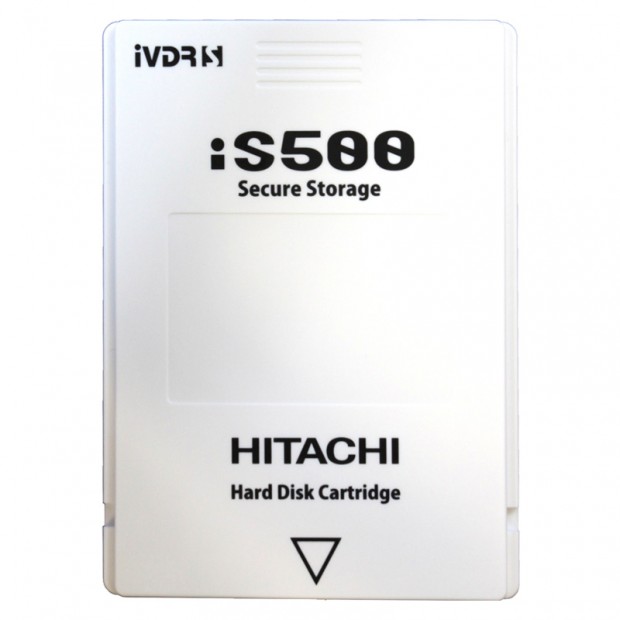 Hitachi plans to start selling the device (in both variations) on the Japanese market next month with an open price model.