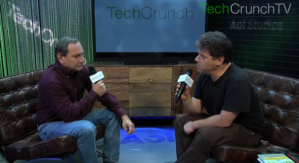 Why does the American media love Twitter and Facebook so much? According to George Friedman, the author of the New York Times bestselling The Next Decade: Where We’ve Been…and Where We’re Going, it’s because these social media networks reflect American values. When the world uses Twitter and Facebook, Friedman explains, it simply confirms to the American media that everyone “wants to be just like us.”

But, for Friedman, the truth about Facebook and Twitter is much more complex than the way in which the fawning western media portrays it. Twitter is a wonderful tool for secret police to find revolutionaries, he explains. The truth about Facebook in Egypt is that it was a pawn in an undemocratic army plot to get rid of Mubarak. While in Iran, he says, the fact that the vast majority of tweets about Iranian politics are in English reflects the inconvenient truth that the vast majority of Iranians don’t use Twitter.

This is the first part of a two-part interview with Friedman. Tomorrow, he explains why technology is American culture.

Love him or loathe him, Friedman is one of the most controversial geo-strategic thinkers around. And to celebrate Friedman’s iconoclastic views, we are giving away 5 free copies of his stimulatingly controversial The Next Decade. If you want one, just follow these steps to enter:

1. Retweet this post and include the #TechCrunch hashtag
2. Let us know what the best (or worst) part of the interview was in the comments below.

The giveaway starts now and ends tomorrow at 7:30pm PST.

Why the Internet empowers loonies