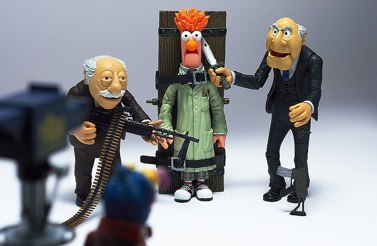 Freemium business models are always hard. You have to give users enough for free that they try your service out and get hooked. Then you hit them with fees for upgraded features that make it even better. With a perfect product people don’t mind paying because they feel like it’s good value.

Flickr is a freemium service. But they have more of a hostage taking business model. It may make people cough up the money, but they sure aren’t happy about it. I, for one, have been staring them down for years now. It’s not a fight I think I’ll win, but it’s one that I’m willing to whine loudly about.

Reasonable? Absolutely. I originally upgraded to Pro almost immediately after using the service so that I could upload lots of pictures all the time.

But I’m guessing the real reason most people upgrade isn’t to get unlimited uploading. Rather, it’s because Flickr holds your old photos hostage until you pay up.

My Pro account expired at some point, probably because I missed an email or my credit card number changed. I wasn’t using Flickr as much, having moved more to Facebook because of the structured people tagging feature. But then one day I was searching for an old treasured photo that existed only on Flickr and on the hard drive of some long forgotten and discarded mobile phone.

Flickr won’t show me that photo. If your pro account expires only your last 200 photos are shown. The only way I can get access to that photo is by paying the Pro fee.

That is absolutely no way to treat a customer.

And it doesn’t make sense for Flickr. Even though I uploaded those photos as a Pro customer, I can’t see them any more. It’s not that they aren’t just displayed on my public profile, I can’t access them in account settings, either. And even the ones that are displayed are only downloadable in a smaller resized version. Originals are held hostage as well.

Will I pay the Pro fee to get these photos back? No. Although I understand that many people will. But those people will not be happy customers, and they will likely just download their photos at that point and never go back to Flickr again. People certainly shouldn’t get comfortable using Flickr as a repository for their photos over the years, because unless you pay the Pro fee, you’ll lose them forever.

That isn’t what Flickr should want to be. They should want people to feel safe uploading their photos, knowing that they have ultimate control to access and download them in the future.

Flickr has sat on the sidelines as mobile photo apps have come into their own. They aren’t a useful long term repository of your photos. And their business model involves hostage taking. Not exactly what I’d call a thumbs up.

If a photo service wants my business, at the very least they need to promise me the ability to download all my photos in original quality down the road. Because they’re my photos, Yahoo. Not yours.