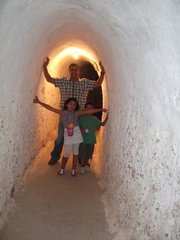 Microsoft has announced that Khalid Elhasumi, country manager for Microsoft Libya, has been held in custody by authorities in Tripoli since the evening of Saturday, March 19th.

Microsoft says it hasn’t been able to find out the reasons for Elhasumi’s detention, but that they have been working with his family and various international organizations to ensure his safety and help get him released.

“We are hopeful that the authorities will release Khalid soon. We are in close touch with his family and are actively working to provide support and ensure his safety.”

Elhasumi joined Microsoft in 2010 and manages the software company’s operations in the North African state of Libya, where it set up shop in 2006.

Our thoughts are with him and his family, and we sincerely hope he will soon be able to rejoin them.