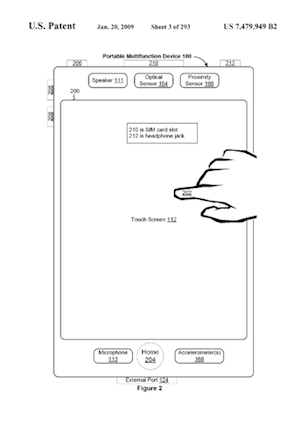 The patent system is busted. Tech rivals are throwing lawsuits at each other to shoot down competitors instead of trying to win with innovative products. And Google’s had enough of being pushed around.

Today in a blog post, Google has announced that it’s going to help fend off attacks on both itself and ecosystems of projects like Android and Chrome by bidding on the Nortel patent portfolio — a trove of 6,000 valuable patents that relate to a variety of technologies including wireless, 4G, data networking, and more. Which, should Google win them, would be a strong deterrent for any other companies thinking of suing Google or one of its partners.

Google hasn’t won anything yet — there’s still going to be an auction planned for June when other companies will be able to bid above the $900 million stalking-horse bid. Nortel is selling the patents as part of a bankruptcy auction and says that the Google bid “follows a confidential, multi-round bidding process involving several interest companies” — which reportedly included Apple, who could presumably follow up with their own bid in the main auction.

In its blog post, Google explains that it’s a relatively young company, and that it simply hasn’t been around long enough to build out a patent portfolio as broad as some of its competitors. It says that while it’s still fighting for major patent reform, for now, building out a portfolio is the best defense against such litigation. Google has not used any of its patents offensively before.

Google has been involved in quite a bit of patent litigation lately, and Android has been a big target in particular. In March 2010 Apple sued HTC, alleging over 20 patent infringements. Microsoft has gone after Motorola (a big manufacturer of Android phones) and even Barnes & Noble for its Android-based Nook eReader. And there’s also the huge Oracle suit, which alleges that Google is infringing on seven Java patents with Android.

Today, Nortel selected our bid as the “stalking-horse bid,” which is the starting point against which others will bid prior to the auction. If successful, we hope this portfolio will not only create a disincentive for others to sue Google, but also help us, our partners and the open source community—which is integrally involved in projects like Android and Chrome—continue to innovate. In the absence of meaningful reform, we believe it’s the best long-term solution for Google, our users and our partners.