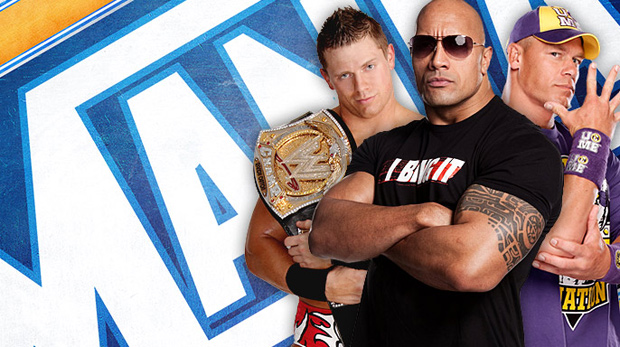 To be fair, it very much is serious business. WWE pulled in $477.7 million in revenue last year (up from $475.2 in 2009), and its flagship TV program, Raw, on the USA cable network, regularly draws [PDF] five million viewers per week. The move to a more family friendly, PG-oriented product may have upset some fans—you can’t visit a pro-wrestling message board without seeing fans clamoring for a return to the late 1990s/early 2000s Attitude Era, what with its edgy content and more adult-oriented storylines—but the shift has enabled the company to strike lucrative deals with the likes of Mattel.

The company has had a somewhat unusual relationship with technology in recent years. While it was quick to move its NXT television program from the SyFy network to WWE.com, it did so only to make room for another program, Smackdown, which made its SyFy debut last October. (NXT still airs on television networks outside of the U.S.) It made available, on YouTube and WWE.com, full episodes of some of its television programs last year, but this was long after people had been watching TV shows online on services like Hulu and iTunes.

But the embrace of social media has been a concerted effort. The company’s chief marketing officer, Michelle Wilson, told Multi-Channel News that the company’s increased use of Facebook in particular should help the company achieve its goal of one million worldwide buys. (The company currently has 4.9 million “likes” on the site.) It has promoted its talents’ individual Twitter accounts, who use the platform as an extension of on-air goings-on, as seen here:

Dear John Cena – let’s just hug it out ok? APRIL FOOLS – IN 2 DAYS IM STOMPIN A MUDHOLE IN YOUR FRUIT LOOP PUNK ASS – TEAM BRING IT.less than a minute ago via Who Say

The fact that there are so many things working in the company’s favor this year—not coming the day after a major UFC pay-per-view event as it did last year; the return of The Rock; the presence of Jersey Shore’s Snooki—will make it difficult to pinpoint one particular reason why the show does better (if it does, indeed, do better).

Although, to be honest, we all know The Rock is the real draw here. I’d find it hard to believe even one person would buy the show to see Snooki, who’s regularly on free TV doing whatever it is she does that makes her famous. Incidentally, wouldn’t the Italian feminine diminutive of “guido” be “guidetta” and not “guidette” as Snooki claims? I’m pretty sure the “-ette” ending is French and not Italian. But then again I don’t have a fancy MTV show, so what do I know?

Another wild card: online piracy. We’re all familiar with UFC’s fight against illegal online streams, but there’s but so much a company like it or WWE can do to fight streams that are oftentimes based overseas. It’s not a problem that will go away quickly, or easily. Stream quality will only improve as bandwidth becomes cheaper and more plentiful (“peak bandwidth” notwithstanding); most everybody by now knows that with a cheap HDMI cable you can connect a laptop to a big screen HDTV in order to watch the stream there. How will these streams affect the event’s buyrate, and will UFC’s lawsuits have scared off potential pirates? Tough to say, but it’s not as if piracy is a new thing phenomenon: “black boxes” could illegally tune into pay-per-view channels on analog cable systems in the 1980s and 1990s, and WWE and boxing still had a number of events then with massive buyrates. I’m pretty sure Mike Tyson is still the biggest pay-per-view draw of all time, and he was at the top of his game when these “black boxes” could be pretty easily obtained, as anyone who read the classified ads in electronics magazines will tell you.

Getting one million worldwide pay-per-view buys is no easy feat, and we’ve already seen how just because something is popular on Twitter doesn’t automatically mean money is being made, so it’ll be terribly exciting to see if WWE’s social media push has any impact whatsoever on WrestleMania 27’s numbers. Again, if the show does do well much of that success will have to be attributed the return of The Rock, whose WrestleMania 17 main event with Stone Cold Steve Austin in 2001 led to an estimated 1.04 million worldwide buys. Outside of Brock Lesnar, The Rock’s the closest thing to a surefire (if short-term) pay-per-view draw you’ll find.