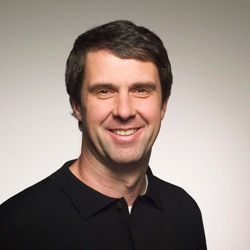 Robbie Bach, the former president of Microsoft’s Entertainment and Devices division, has apologized to PC gamers for the “consolization” of their hobby. “Am I happy to have been a part of the destruction of PC gaming? No, of course not. But I am proud of the fact that I’ve helped convince a generation of gamers that it’s cool to pay $10 for a pair of virtual sunglasses and that playing online should be considered a premium feature. Look, guys, no one’s stopping your from installing Doom II and playing through that again, right? I mean, what’s the difference between that and Black Ops, really?”

Bach, who served as the division’s president from its formation, in 2005, until last fall, made the comments yesterday at the annual Dream-Crushers & Fancy Hats convention, held in Schenectady, NY. The keynote speaker, he made the comments while wearing a beanie bearing the slogan “DLC MADE ME RICH.”

“PC gamers have to understand one thing: they’re irrelevant jerks, and the whole world will be much better off if they would go away forever. Nobody in the gaming industry cares how much memory they have or how many slots their GPU occupies. Overclock your CPU? Why don’t you fill a cup of water and see if it gives a damn because I can guarantee nobody at Activision or EA gives a toss. Do you think we’re able to buy pet tigers making sure textures look good at your stupidly high resolutions? We’ve convinced gamers that sub-720p resolutions blown up to fill 60-inch TVs represents the absolute pinnacle in visual fidelity. Besides, people want to be able to hit the A button and see something awesome happen, not fiddle around with .ini files making sure their FOV—whatever that is—looks good on their monitor. People want to use their mouse to like things on Facebook, not accurately aim their weapon in the 38th shooter they’ve played this year.”

PC gamers have long complained that the continued existence of consoles like the Xbox 360 and PS3 has all but ruined their lives. Half-baked DLC, terrible graphics, linear level design, and copycat gameplay have destroyed PC gaming, they argue.

“I bought Crysis 2 because it’s Crytek, and Crytek usually knows how to take advantage of my PC’s hardware,” one anonymous PC gamer told CrunchGear. “And what do they churn out, this Direct X 9 trash? I wish I was never born. Why don’t I just take my PC, drive it to the tallest bridge in town, throw it off, watch it fall, then have Superman catch it mid-air, fly even higher in the air, and then drop it again and watch it smash into a million little pieces. At least then I won’t have to deal with Games For Windows Live ever again when I want to play F1 2010,” he said.

“PC gamers should shut up,” said one console gamer who’s probably too dumb to know he’s being trolled. “Like, nobody cares what they think anymore. They’re worse than WWE fans who get mad when they hear the words sports entertainment. Get over yourselves, marks.”