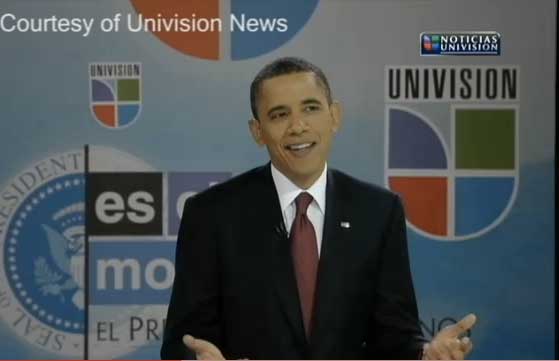 President Obama spoke to Univision yesterday at one of those town hall meetings the TV networks like to organize. What’s pertinent to us here is that our president, the man who’s famous for carrying a BlackBerry wherever he goes, does, in fact, own his own computer.

Ramos asked the president if he owned an iPad and a computer. (How funny is it that we still make the distinction between an “iPad” and a “computer,” as if they’re not the same device, if only in a different form.) President Obama replied in kind, as seen here.

“Jorge, I’m the president of the United States. Do you think I’ve got to go borrow somebody’s computer?”

I’d embed the video here, but it seems embedding has been disabled for some reason. Now you have to open another tab. Sorry.