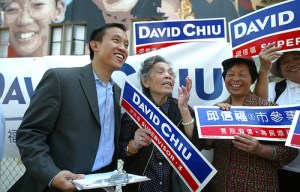 Not only is the San Francisco Chronicle lacking the professional courtesy to link to TechCrunch for first reporting the tech industry’s fears about San Francisco taxing stock options– the paper is also missing the broader point in the escalating debate.

This isn’t about Zynga and Twitter negotiating a special deal, nor is it about a two-year deferral of payroll tax. Sure, that could keep a few companies and thousands of jobs in the city. But what would really cripple the city’s future economic growth is if every other startup reading this news, grimaces at the idea of haggling with unsympathetic elected officials who don’t seem to want their jobs, and decide instead to follow Mark Zuckerberg’s lead and open their company in Palo Alto or another Bay Area city from day one.

San Francisco has lost a lot of industries over the past decades like publishing and banking, and for much of Silicon Valley’s history, the city has watched as neighboring Bay Area cities got thousands jobs and newly minted millionaire citizens. The Web 2.0 movement has been San Francisco’s rare shot at owning an engine of constant new-job formation– and highly-paid jobs at that. And fortunately, some members of the city government get just how precious that is in a country gripped with underwater mortgages and 9% unemployment.

The goal isn’t a mere concession or two for the big boys. It isn’t a two-year payroll tax deferral either. David Chiu, President of San Francisco’s Board of Supervisors, is aiming for a near term agreement to take taxing startup stock options off the table completely and a goal over the next two years of repealing the payroll tax as it stands now– completely.

“I want to thank TechCrunch for starting this urgent conversation,” he said in an interview earlier today. “We are the only city in the entire state with a payroll tax, and I’ve been concerned about it since I came into office. Last year, we jump-started the conversation about why it is a job killing tax. I want to propose big changes, and it’s a long conversation.” Chiu, a former co-founder and COO of a tech company, continued, “A two-year moratorium doesn’t solve the problem. That solution still limits the possibilities of new tech companies being formed here. I can tell you as the president, the current board is very willing to do anything that helps incentivize San Francisco job creation.”

As we speak, the Board of Supervisors is meeting – and Chiu is introducing a drafting request that will start a multi-week process of hammering out the details to pull this ambitious plan off. Chiu and San Francisco Mayor Ed Lee have also invited several tech companies and venture capitalists to participate in the process. The first step will be addressing the stock option issue, although Chiu wants to make sure only high-growth startups are getting the exemption, not mature companies seeking a payroll tax loophole.

Repealing the entire payroll tax will take more time. It has to go on the ballot the same year supervisors are up for election, which means November 2012. If it does, expect a record turnout of entrepreneurs. The recommendation will likely be to replace the payroll tax with a solution similar to what nearly every other city does, taxing companies’ gross receipts. The compromise won’t gut the city’s taxes, but it also won’t put San Francisco at a disadvantage by unfairly penalize high growth startups creating thousands of jobs.

No doubt this will be a contentious issue, and it’s one that every single member of San Francisco’s startup scene needs to be paying attention to. Well, unless they want to start commuting. As we’ve reported before, San Francisco is one of the only cities in the nation that has a payroll tax. But what is even more unique that a lot of local reporters miss: San Francisco law counts stock options as part of payroll– something even the Federal government doesn’t do. There’s a new IRS requirement to report stock option gains. Since it didn’t exist before, companies like Salesforce.com didn’t have to worry about this unless they chose to report options as compensation.

But the subtle change is what has startups understandably spooked. Companies like Twitter and Zynga could owe tens of millions of dollars to the city should they go public at current secondary market valuation levels– as much as half of the proceeds of a typical IPO. It’s a cost that they would totally avoid simply by moving a few miles away. You can argue that these companies need to pay “their fair share” all you want. No company in their right mind would wind up paying it, because its fiduciary duty to shareholders would require it relocate and invest that money in the business instead.

The groundswell of supervisors seeking to address a more systemic change for all startups since TechCrunch’s original article is a good indication that multiple forces in the city government want to keep startups happy. As the Chronicle reports, Supervisor Ross Mirkarimi is also drafting legislation he intends to introduce to the board today for a two-year moratorium on all payroll taxes on all private companies with 100 employees or more. It’s a step up from the proposal already under consideration that would allow a six-year break on taxes if companies relocate to the city’s blighted Tenderloin neighborhoods. Even the city’s own economists see some sort of concession as an fiscal no brainer.

As this issue gets bigger, it could be about even more than saving jobs. It could be about changing the political makeup of the city. Long a haven for progressives, San Francisco is one of the most unfriendly places to do business in the United States. Charmed by its weather, beauty and highly talented workforce, a lot of companies have just viewed policies like the payroll tax as the necessary cost to being here. When the founders of those companies decided they wanted to start a family or had just made enough money; they’d just move elsewhere.

This time, though, the progressive forces in the city may have pushed too far, awaking a new political consciousness of San Franciscians who actually want to be able to work, buy a house and build a full life in the city they love.