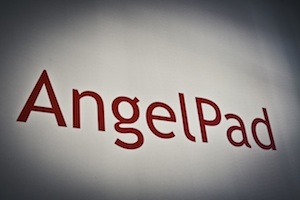 Last August, we broke the news that a new startup incubator was about to launch that was run by seven ex-Googlers, AngelPad. By November, the initial class of eight startups were ready to launch. Today, barely four months later, class number two is ready to be unveiled. And this time there are thirteen of them. At this rate, to quote the best line in Jaws, they’re “gonna need a bigger boat”.

The fact that the class was whittled down to even thirteen is impressive, as the AngelPad team had several hundred applications to go through this time, co-founder Thomas Korte tells us. And while many in the initial class also featured fellow ex-Googlers, this group is more diversified (though the Google blood still runs deep with a number of them).

Below, find a brief description of the 13:

Shopobot is all about leveraging your social graph to make better purchasing decisions. Say you want to buy a camera, but want advice you know will be unbiased, the best way is to ask your friends. Shopobot allows you to easily find that information on their site, alongside a timeline of a product’s price on Amazon (these are much more volatile than you may think). They’re also focusing on creating useful widgets for other sites that get around the “banner blindness” issue which most shopping widgets lead to.

Astrid makes mobile applications that allow you to easily share and collaborate on tasks. This is ideal for groups because everyone in the group can be assigned something to do, and make it known once it’s done. And unlike some other collaboration software, the interface is super simple. From a broader perspective, the idea is to inspire others to join you in doing certain things — ideas you get from reading a book or a blog post. They have a button to make this all easily shareable. The team already has 1.7 million downloads on Android and now they’re coming to iOS.

Hopscotch is a service built around the idea of extending the current abilities of QR codes. Right now, you scan a code and you’re often just taken to a website about a product. These guys want to create a web browser for the real world, meaning that all physical objects can have elements that show up when scanned. If you scan a QR code on a concert poster, your social graph should know that you’re into that band, and maybe one of your friends would like to go to that show with you. While the core idea is based around QR codes right now (both existing ones and new ones that they’ll help others create), eventually the plan is to get into NFC or image recognition as those technologies mature.

Cloudbot calls themselves the “cloud command line”. What that means is that their aim is to be one app (both mobile and web) that allows you to easily interact with many other apps and services. You might enter in “call XXXXX” and you’ll it will call the friend’s name you entered. Or you might enter “gram XXXXX” and it will show you the Instagram photos from that person. And it uses real world data. If you type “eat with XXXXX”, the app will look at your location and the location of the friend you entered and find a good place near both of you. Currently, they have 24 integration points with various apps/services and more are coming.

Kismet is a mobile dating site focused on real identity and real photos. The founders note that most dating sites are a sea of faces, but most are false advertising. And many mobile dating experiences right now skew towards the sleazy side of things. Kismet aims to be a more natural dating app with women in particular in mind. They look at locations you actually go to and pictures you actually take on other social networks to provide a real profile for yourself (naturally tide into your real Facebook identity as well). The idea is that where you spend a lot of your time and what you do already says a lot about you, Kismet just surfaces it for potential dates to see.

Splash is a new social plug-in for mobile games (first for the iPhone, then for Android). It’s essentially a social platform that developers can have include in their gaming apps as an always one-touch-away overlay. When touched, it shows you your friends also playing games online and allows you to interact with them. You can also send gifts (virtual goods) this way, get notifications, and make announcements. On the developer side of things, there is a dashboard to help you keep track of all of the data flowing in. Unlike Apple’s Game Center and OpenFeint which focus on leaderboards, they focus on the social layer in realtime.

Crittercism provides a way for developers to monitor bugs and crashes in their mobile apps. If you read over reviews in the App Store, you’ll see that many are actually bug reports — Crittercism has a way to hopefully stop that from happening as they monitor issues in realtime and provide a simple way for a user to provide feedback through their own channel. The service gets baked into the app by the developer before launch and resides in a place that a user can access and share issues (either anonymously or with a Crittercism profile). And problems are automatically tracked and emailed back to developers. The platform is already up and running on five hit apps and while it seems like something that Apple or Google could eventually offer, Crittercism’s view is a cross-platform one that very easy for developers to work with.

Stickery makes learning-based games for kids. But while that’s already a crowded market, their twist is that there games are actually data-driven. As in, after kids play the games, reports are sent back to parents to let them know what areas the children need help with and what they excel in. “We are focused on the post-game highlights,” is how they put it. And while this seems like it could be a platform play, the team is also committed to making their own fun games. Right now they have one with seven more planned.

LocBox looked at the crowded daily deal space and saw a big problem: customer retention rates. Because there are so many different deal services that people are trying out, everyone seems to be only partially committed to it. LocBox aims to simplify the experience by giving everyone an important cool to keep customers: an iPad. That is, they give merchants an iPad loaded with their CRM software to reduce the friction for trying out and sticking with their system — and also for customers using it.

The easiest way to think of CompanyLine is as a sort of Facebook Groups for business. But a key part of it is the nice integration they have with other services like WebEx and Dropbox. It works so well that AngelPad themselves apparently use it now internally over the old way of doing things: Google Groups (again, these are ex-Googlers we’re talking about). The name is drawn from the idea that the way companies collaborate today is sort of like phone line switchboards in the 1950s. They want to change that.

Feedgen is a sales lead platform that utilizes social elements. They note the disconnect between marketing and sales — the amount of leads brought in by marketing don’t end up meaning much. But leads can come from elsewhere: enter social networks. Another key is the UI. They use the familiar inbox style to manage leads. You can think of it as a “priority inbox” for leads, they note (referencing Google’s newish system for ranking email in Gmail).

Coverhound is simply online insurance shopping that works. “It’s a complete scam right now,” the founders say pointing to how much of what you see online is little more than bait. And that shows on the other end as something like 300 leads are needed to sign just one new person up for a policy. Coverhound changes the dynamic by being a filter for both sides. They take customers basic information (name, address, email) and pull up information about them from third parties that is then used to serve up accurate estimates from the insurance companies. It’s sort of like Kayak for car insurance.

SecondLeap is a search engine for people who want to change careers. It’s not about career advancement, it’s about people looking to make a true total change. The service show those people what the potential impact is in terms of years needed for a new career and what the financial impact will be. If it’s determined that the career change will be a good one, SecondLeap helps the user find the right school and loan to make the change happen.