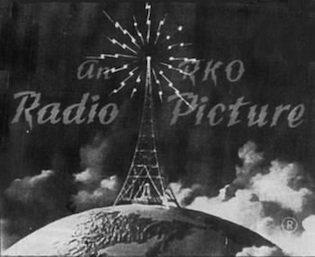 My weekends are getting stranger. Part of it has to do with postponing stuff throughout the work week, a concept that is under serious pressure these days. The iPad has obliterated the boundaries between work and otherwise with its constant siren call. Its co-conspirator the iPhone appears to be a separate platform, but for many (me) it’s just a way of being more polite in my disinterest about the “reality” around me.

The new reality is the small stream of bits pushed through the push notification gateway, @mentions, direct messages, and clues to the time it takes to absorb attendant text, video, and live streaming services. As Robert Scoble understood, you can publish your phone number in the clear if you’re willing to project a certain transparency which encourages a broad audience to function more like friends than consumers. That is, project a persona that establishes an emotional connection based on rules of respect.

In Robert’s case, he is deluged by marketers in this app-streamed crazy universe we’re tethered to. It would seem counter-intuitive to be so wide open, and in fact I’ve been surprised how few times I can’t get through in the course of an average week. I’ve been switching phones around recently and sometimes call with a different number, but Robert still answers more often than not. Something else must be going on here.

That something is actually more about me, or us, than it is about @scobleizer. We forget sometimes that how we initiate the connection is derived from a complex and extremely social way we move through our day. For me, push notification creates a dynamic context, a social map, of clues to what and where things are forming, ebbing, and flowing. So, with Robert, where and what is going on with him is in an easily accessible stream emitting from Twitter mostly, decorated by Foursquare and whatever app du jour that feeds back into Twitter. This uber stream trains me to intuit what are the good times to connect, where are the higher value opportunities to learn something in sync with my own travels and time constraints, and so on. It’s the map of our joint interests, of a special cloud of interactive influence we all garden in.

Our phones manage this garden, vibrating and notifying as we go, breaking down only when the drumbeat of meetings chirps proves too irritating to others in the room. Then we turn off the noise more globally, creating pockets of silence that register as fingerprints, a form of social DNA that over time registers as part of our intuitive profile. Oh, it’s going to voicemail on 2 rings. Intuitive message: he’s pushing the call to voicemail after 2 rings because he hasn’t yet turned the sound off (but will now.) Now the shoe is on the caller’s foot: do I call again and annoy him, or wait an appropriate interval. What is that interval? I’ll look at his Twitter stream and see what’s going on, or remember that I saw a Foursquare checkin a few hours ago, or ….

We’re carrying around a sense of how our friends, partners, collaborators, competitors, etc. are doing, how they and we navigate. We’re already doing what Colors is going to do with its 41 million, collating, comparing, and matching our intersecting clouds based on social signals in realtime. The best information we have is the stuff we’ve accumulated without having to download it, bring it up, overtly view it. It’s the intuitions, the oh yeah she’s got something at 4 she mentioned, the GTalk icon going green as someone signs on to the net once the plane reaches 10 thousand feet, the lack of signal which suggests either AT&T trouble or running silent off the grid.

Here Scoble provides yet another service, as an abstraction of how far we can take this public persona before it breaks down. The surprising answer is that it really doesn’t break down because the responsibility for maintaining a respectful relationship becomes shared across the networks we live in. You could violate the premise a few times, but eventually not only will you become persona non grata with the target, but you’ll damage your relationships with others who notice the bad example as it’s broadcast more visibly with celebrity-ish nodes. It’s schoolyard politics, and nothing is more Darwinian.

The phone number is certainly a prime node, tethered via a service contract to your identity in a way that prevents most spoofing. FaceTIme, with its carrier-spanning WiFi identity space, is more Wild West in appearance, yet much more closely tied to push notifications, the @mention cloud, and the stream map. FaceTime on the iPad 2 may seem like a small tweak alongside thinner and faster, but the resultant connection is so high value that it is establishing a level of investment in software and hardware that will change business as we know it.

Much has been made of the iPad’s role as a laptop replacement, but for me that war is over. The phone is increasingly a remote controller for the larger screen — I use its Personal Hotspot tethering to broker FaceTime calls on the move, and push notification as pointers into Twitter and the Web document store. Chatter provides a corporate firewalled collaboration space, and I spend the rest of my time discovering workarounds for current limitations that require my Mac Book Pro. They are as vanishingly few as times I can’t get through to Scoble or weekends where I can get my column in on time.

I’m writing this on said Mac, mostly just to send a signal to my family that I’m “working.” They’re too busy themselves fleshing out the social cloud with metadata, letting their world know when the most opportune time is to connect. It takes some getting used to, but as long as Robert keeps answering his phone, we’ll know the circuit will be unbroken.