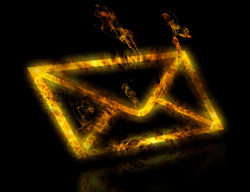 Back in January, word got out that Verizon was ditching mail-in rebates in favor of instant rebates on their more expensive handsets. We hoped, from the very geekiest depths of our heart (we’ve been burned by the mail-in rebate that never arrives just one too many times), that this would be a trend that other carriers would follow.

Sure enough: Sprint has just confirmed to Phonescoop that the company will be making the switch from mail-in to Instant as of March 27th. Oddly, the company isn’t sayin’ whether or not this is a permanent switch — and if it’s temporary, they’re not sure how long it’ll stick around. In other words, they’re testing the waters and aren’t wanting to make any promises.