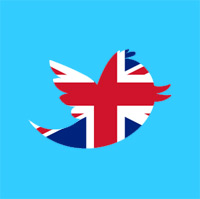 Anti-Twitter people should probably click elsewhere for a few minutes, for it looks like the micro-blogging service is one step closer to making its way to the floor of the British House of Commons. I long for the day when our very own congressmen can tweet “distinguished gntleman from ohio wrng about budget, follow me 4 truth.”

A rules committee there has said that MPs should be be allowed to use the service from the floor provided it doesn’t “impair decorum.”

MPs will be allowed use devices no larger than a sheet of A4 paper. Laptops are still banned.

The idea is to allow MPs to bring in digital notes (on, say, their iPad) and maintain communications ties with their constituents from the floor.

A report shows that 225 MPs are on “the Twitter,” and that, should the committee recommendation go through, there will be a one-year trial before it becomes set-in-stone policy.