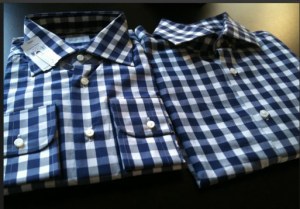 Can you see the difference between these two shirts? One is an off-the-shelf Zegna men’s dress shirt that sells at Neiman Marcus for $395. The other is a custom-fitted shirt from men’s clothier startup J. Hilburn made from exactly the same material, but it only costs $99. And it’s made to measure.

J. Hilburn, which is based in Dallas, Texas, cuts out the retailer and its mark-up. The startup is a direct-to-consumer manufacturer, just like Dell Computer, but for fancy men’s dress shirts.

Instead, it’s built a direct salesforce of 800 “style advisors” across the country, who make appointments to visit customers in their homes and offices. The advisors measure the customers to ensure a perfect fit, show them swaths of fabric, and help them select a few options. Last year, they sold 60,000 shirts, plus sweaters, trousers, and other items.

They keep a commission of between 10 percent to 30 percent of what they sell (the more they sell, the higher the commission) and, like Avon ladies, they get a small percentage of the sales from any style advisors they bring onboard.

Up until now, J. Hilburn’s website has just directed customers to the style advisors. But today it is extending its reach with a full e-commerce site, complete with shirt and trouser custom configurators for existing customers and where anyone can buy off-the-shelf items online. Once a customer is measured, now he can shop online, or use its iPhone app.

The company is backed by Battery Ventures, which has supplied almost all of the $7.25 million the company has raised since 2008.

With its mix of offline and online assets, J. Hilburn is trying to build a unique retailing experience. “There are three things that drive a business,” says Davis: “convenience, value, and customer service. Very few companies have all three.” Even Amazon only has two of those (convenience and value). Davis and his co-founder Veeral Rathod explain their approach in the video below. 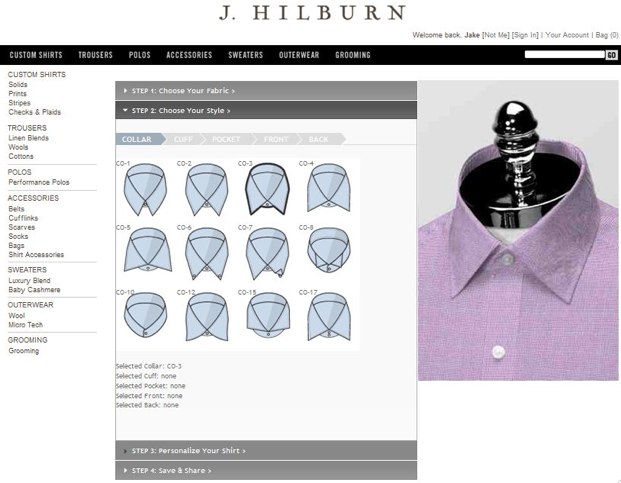