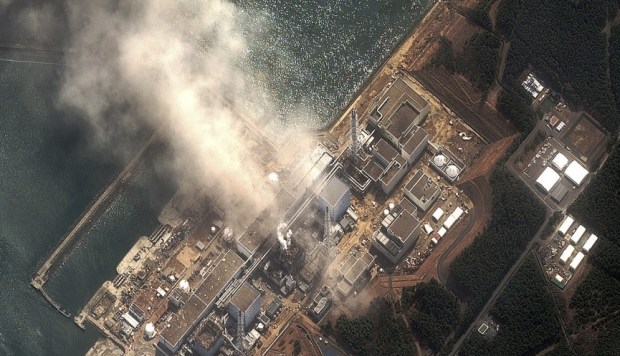 As a result of the ongoing tragedy in Japan, in particular the threat of meltdown or catastrophic radiation release from the Fukushima nuclear power plants, there has been a renewal of the discussion of nuclear power and its risks. As a tech site that occasionally covers scientific research in this area, and has a whole section dedicated to “green” technology, I thought we should at least touch on the subject, though of course to delve more deeply requires expertise we obviously lack. That said, I just want to put down a few words regarding the safety and development of nuclear power.

I feel we must be careful to maintain in this area the most powerful weapon we have in the rest of the tech world: a strong disinclination to cleave to common wisdom. We’re a community of early adopters, entrepreneurs, and creatives — let’s not fall into the traps of fusty prejudice and common misconceptions. We don’t do it when we talk about the internet, so why should we when we talk about something as serious as the future of our power infrastructure?

The Fukushima reactors were designed in the 1960s, and the six units located there were activated throughout the 70s. This was, of course, prior to most of the highly-publicized nuclear events at non-experimental facilities like Three Mile Island and Chernobyl. And for the record, the facilities at Fukushima are already some distance outside their tolerance levels and as of this writing have not melted down, though that risk is far from over and the unparalleled courage of the Fukushima 50 and others is a powerful bulwark against it.

These so-called “Generation II” facilities are about as closely related to current reactor technology, as Nathan Myrhvold put it, as a Ford Model T is to a Volvo S80 or similarly modern car. They both have four wheels and an engine, but the comparison really dries up there. The dozen or so truly serious nuclear accidents in history have produced a tremendous amount of data, and in addition to the plain advancement of the technology that accompanies years of research, we have gained the wisdom that only results from failure.

40 years of research have completely obsoleted the reactors used in Japan and elsewhere in the world (the great majority of reactors were built between 20 and 40 years ago on similar principles). Like in other industries (such as the rapidly-evolving mobile industry, where new and powerful technologies frequently vie with entrenched legacy systems), the old guard can only cling to power for so long, and sometimes it takes a disaster to prompt that advance.

The question is, how will we respond to this disaster? If our country’s internet or cellular communication structure broke down, we wouldn’t all be demonstrating for a return to snail mail, or investment in telegraph companies. We’d look at why it broke and demand they build a better version, because the alternatives aren’t really alternatives.

It’s the same with nuclear power. I’m not saying we should all have nuclear plants in our back yards, but the Generation IV reactors being researched right now (and likely to begin construction over the next 15 years) require not misplaced skepticism based on the failures of a primitive implementation of technology, but hearty and creative support. Senators are already investigating the state of our own reactors, but hopefully our long-term plan doesn’t start only now, in the wake of a sudden disaster.

The objections to nuclear are simple and undeniable: first, that nuclear fuel contains an immense amount of potential energy, and the process of extracting that energy is a complex and delicate one. Second, that spent nuclear fuel is extremely dangerous and no one can seem to agree on a storage technique.

The argument for nuclear (objections notwithstanding) is also simple and undeniable: the world’s consumption of energy is increasing exponentially, and nuclear is the only ready-to-deploy technology that can meet that demand for anything near a reasonable cost.

It’s a substitution of one set of problems for another, but that’s generally how things work. And you make the substitution when one set will wait longer than the other.

We should be embracing change in nuclear the way we embrace change in the industries of power and technology as a whole. We have a whole GreenTech section of this site, and while that’s generally reserved for advances in truly alternative energy sources like solar, thermal, and wind, there is a very, very important role for the advancement of existing and maturing technologies like nuclear power. The total displacement of the old generation of fossil fuel-based power won’t happen without them.

Mainly, it’s just a matter of making sure your opinion is an informed opinion, as with anything else. It’s our role as rational individuals to dismiss FUD when we hear it, and to gauge necessities like worldwide precautions against global warming as disinterestedly as we gauge the performance of a new smartphone or the metrics of a web service. We should be looking at this aging infrastructure as a world ready to accept and employ new ideas and solutions. And we should be (not to say you aren’t, dear reader) evangelizing these new solutions the way we evangelize the next generation of technologies closer to home like Twitter, Facebook, and Foursquare. Personally, I find it hard to get excited about the valuation of something so trivial and transient as Groupon when there are people toiling in relative obscurity and poverty trying to save the world as we know it. I know that’s a scale fallacy, but I can’t help it.

Take a look at the IAEA’s reactor page, read up on nuclear events and research, stay curious, and encourage other people to do so as well. The BBC is maintaining a live feed of developments including Fukushima, which we’ve found invaluable.

Lastly: just a reminder that donations are still appreciated by your favorite charity; HuffPo has actually put together a solid list here if you’re looking for something more specific or Japan-local than Red Cross or the like.