ComScore has just released data from its Video Metrix service, showing that 170 million Internet users in the United States watched online video content in February for an average of 13.6 hours per viewer.

According to the audience measurement giant, the total U.S. Internet audience engaged in more than 5 billion viewing sessions during the course of last month.

Hulu only came in ninth with 27.3 million viewers in February, but according to comScore did generate the highest number of video ad impressions (more than 1.1 billion).

Looking at the top online video content properties last month, Google attracted as many viewers as the three challengers that make up the rest of the top 4 of the ranking, combined.

According to comScore, Google Sites also boasted the highest number of viewing sessions with 1.8 billion, and average time spent per viewer at 262 minutes (or 4.4 hours). 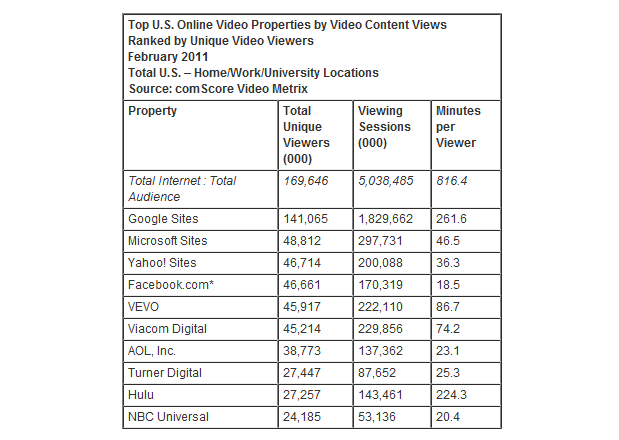