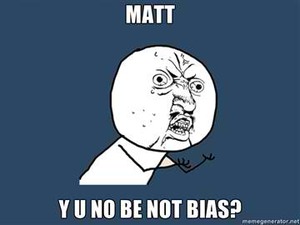 I hit a nerve. I seriously believe cord cutting is all about alternative services and not the hardware. Clearly others think different. My last post concerning the movement focused on three main areas with hardware only one small portion of the overall post. Why? All roads lead to Netflix and DLNA servers anyway. Nearly every box can run Netflix along with at least a dozen of other streaming services. I featured my favorites — the do-it-all Boxee Box and the dead-simple Roku — in the last post, but as so many commentors pointed out, there are a lots of other options.

I agree! There’s more than a few ways to cut the cord. So here we go, the six best devices listed in order of relevance that will help cut your household’s dependence on pay TV.

Believe it or not, there are glorous HD signals flying around your house right now. America switched to the all-digital ATSC broadcasting standard back in the summer of 2008, but most TV stations were beaming out HD signals well before than. Now all OTA stations are broadcasting at least a 480p signal with most opting for at least one high definition signal. Best of all, it’s free.

The trick is that older TVs can join in on the fun as long as HD isn’t necessarily important. Basic ATSC tuners run $40 – $60 and often include basic electronic programing guides and reminder functions but only output the digital signal at 480i. Proper HD OTA tuners are becoming increasingly harder to find as the tuners are now built into TVs.

Using OTA is a no-brainer even if you’re also using Netflix or any other streaming services. Why not, right? It’s free. If you have a flat screen, you likely have all you need minus a cheap antenna. Use AntennaWeb.org to fine tune your signal. Ironically going back to just an antenna and good ol’ TV signals are the best alternative to cable or satellite. 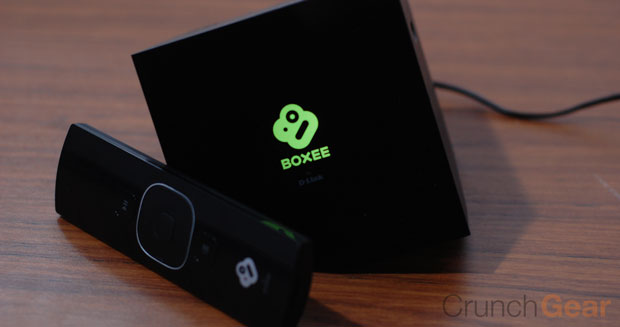 The Boxee Box is fantastic for many reasons but chief among them is the ability to present TV content available online for free in a clean and sensible manner. The UI is beautiful. This alone makes the Boxee Box the de facto Internet-connected cord cutting device. It’s like Google TV…but not ruined by a network blockade.

Like most of the other streamers on the market, the Boxee Box sports a host of apps — over a hundred, actually. There’s Netflix, Vudu, YouTube Leanback, NHL, Pandora, MLB, Flickr, Reddit TV plus a ton more and they’re all accessible through the handy QWERTY keypad on the backside of the remote. There’s no messing with on-screen keyboards here. Just type and go.

The other main feature of the Boxee Box — and why it wins over hearts and souls daily — is the robust networking support. Boxee was previously known just for its media software and then a partnership with D-Link resulted in the Boxee Box. Boxee has always been about supporting the lowly downloader and the Boxee Box continues the tradition. Just point the device towards any number of folders or drives and the device will automatically display relevant metadata as well as sorting the files into genres. If all else fails, users can directly browse the network through SMB.

It’s these three key features — plus relatively low price, small footprint, QWERTY keypad, and dead-simple UI — that earns the Boxee Box the honor of best Internet-connected cord cutting device. It was even up for a 2010 Crunchie award but ultimately lost to the iPad.

If my Dad were to call me up and say, “Awesome, son. I want to cancel my Charter TV subscription and use Netflix streaming. I also like to watch baseball and hockey. What should I buy?”

First off, that would never happen because no one likes to watch hockey. But if my Dad — or anyone that just wants to watch Netflix or Amazon Video — were to ask what box is best. It’s the Roku XDS. Easy.

But why not the Boxee Box, you ask. Great question. While the Boxee Box is a great media streamer and my absolute favorite, the Roku is about as easy as it gets. Seriously. Anyone can use a Roku device. It might not have the fancy networking support or the QWERTY remote found with the Boxee but damn if it isn’t reliable. It’s like a TV appliance rather than a Internet streamer. It just always works — besides on the Hulu app, actually.

The low price also means that cord cutting isn’t an expensive experiment. Buyers are at most dropping $100 for the top-tier model that brings offers 802.11n, USB mass storage support and optical audio outputs over the less expensive models that still sport HDMI and 802.11g. It’s the same price as the new Apple TV, but the Roku streams lots more than just Netflix, MLB and NBA and the Amazon-like iTunes content. There are over 100 separate streaming channels including more sports, movies and TV sources. Plus, as I pointed out to one commenter in my last cord cutting post, it’s backed by a company that takes this scene seriously rather than just as a hobby. Roku has proven over and over again that they’re committed to building a rock solid platform with constant updates and a slow but steady hardware refresh cycle. 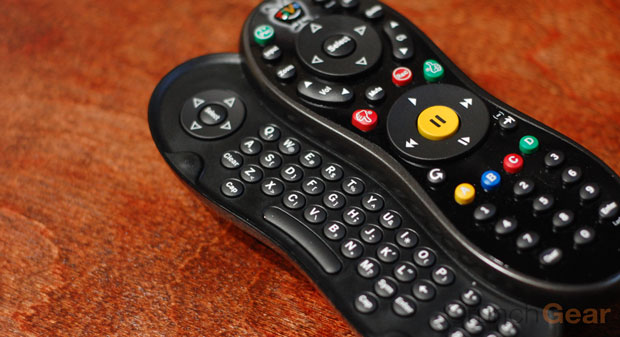 The TiVo Premiere is the rich man’s cord cutting device. It’s not exactly the least expensive way to go about killing your cable bill and saving a few dollars a month. However, price aside, the TiVo Premiere — or even the older HD model — is one of the slickest ways to embrace Internet video and OTA signals.

TiVo has always positioned itself as a premiere stand-alone DVR and the last two generations have embraced Internet video. The built-in ATSC tuner and DVR functions makes for a potent combination. You could hook up an antenna for OTA HD content with Netflix, Blockbuster, Amazon, Disney, and a few others sitting on standby.

The hardware starts out at $100, but TiVo requires a monthly $19.99 subscription fee and a one-year commitment for access to the DVR and guide functions. Spend $299 up front and the monthly cost drops down to $12.95 — and that’s just for the 320GB option. The 1TB version is either $299 or $499 with the same monthly pricing.

Don’t let that price scare you away, though. If you can afford the box and the QWERTY slider peanut remote, it’s a very satisfying experience that’s family friendly as it’s not that much different than normal cable boxes. That’s a big win.

People have been hooking computers into TVs for decades. It’s nothing new. Boxee, Plex, XBMC and all the rest of the MPlayer derivatives along with software like MythTV and Windows Media Center allow for nearly endless options. The key with these setups is making them easy to use in a livingroom enviroment. That’s what’s evolved over the years.

There was a time that having a computer in the living room meant using with a mouse and a keyboard on the couch. It’s still best to keep a wireless set in a nearby closest although many wireless controllers are now designed just for the task. Lenovo makes a fantasic QWERTY keypad/trackball controller. The Apple Magic Trackpad works great, too.

Most computers are up to the task. HDMI makes it easy, too. Just plug and go, really. The upside is that you’re using a full-fledged computer and so none of the content is watered-down, restricted or unavailable. But the downside is that it’s a full-fledge computer and so all the annoyances come along with it: Do you really want your TV asking you to update Java? For some, the pros greatly outweighs the cons. Others should look at the dedicated devices like the Boxee Box.

Get a library card and rock out. Redbox didn’t kill Blockbuster. The library did.

Even my tiny library branch on the outskirts of impoverished Flint, Michigan has an impressive DVD and game selection. You can easily supplement OTA TV with DVDs from your local library. They generally have an impressive selection of the latest movies and TV shows all there for the taking. Don’t laugh. I’m serious. The place you used to go for Book-It can now supply your Fringe addiction.

Side note: The $99 Apple TV didn’t make this list because there are better devices for the job. Sure, it can do the task, but the Roku XDS or even WD TV Live are a better bets for the same price. They offer more functionality and web apps. It’s that simple. The only saving grace of the current Apple TV is Airplay, which is a great for households saturated with iOS devices. For everyone else, access to more streaming apps is a better value.