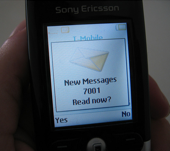 As we reported yesterday, U.S. carriers AT&T and Verizon both announced that they would be waiving calling and texting fees for their users who were calling Japan, in the wake of the devasting earthquake and tsunami in the region. Since then a number of other smaller carriers are joining the mix.

Similarly, Sprint waived fees for text messaging and wireless calls to and from Japan for customers who are on the carrier’s networks, retroactive from March 11 and continuing to April 10, 2011. Both carriers are also waiving text message fees to mobile giving campaigns.

Additionally, Time Warner, Vonage and Cox Communications have all waived their long-distance fees to Japan.