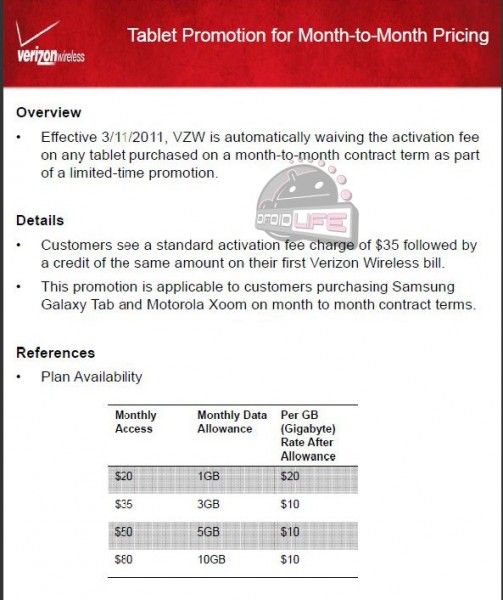 One blip in the tablet pricing and contract shuffle that’s been going on for the last couple months was that Verizon would be charging you a $35 activation fee when you activate their 3G service. The question was, is this fee going to stick around, making de- and re-activation a costly prospect? Other carriers didn’t have the fee, and it looks like Verizon is backing up just a bit with a limited-time reimbursement policy.

The memo reads “VZW is automatically waiving the activation fee on any tablet purchased on a month-to-month contract term as part of a limited-time promotion.” So if you pick up a Xoom today at retail (or picked one up recently) you’ll see a $35 credit next to your $35 fee. Already paid the fee? Call up your local Verizon store and see if they’ll send a credit your way either, since you’re a loyal customer.