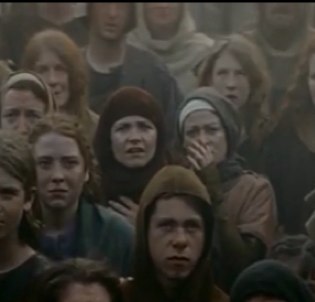 “Kleiner Perkins Already Selling Its Twitter Stock” reads one headline on SAI from Friday, alleging that venture firm Kleiner Perkins Caufield & Byers has been selling Twitter stock that they bought only a couple of months ago. “A DISASTER IN THE MAKING” says another lengthy diatribe on SAI.

Some people may say, so what? People invest with a profit motive. But Kleiner got into Twitter at a sweetheart deal – paying a valuation hundreds of millions of dollars less than rival firms DST and Providence were rumored to have bid. When you take an investor like Kleiner Perkins, you’re doing it because of their name, and because you expect them not to just flip the stock and bring in random new shareholders. Flipping stock just isn’t done by top tier venture funds.

So the allegation is serious, and reputation damaging. Other startups may think twice before taking Kleiner’s money when they don’t know if Kleiner will stick around or just sell the stock at the first opportunity.

The problem is, the accusations in the articles aren’t true, say multiple sources close to Twitter’s management and investors.

And then there’s the poor theoretical dentist, buying up the Twitter shares with little or no information about the company (and I can’t stop thinking of the irony of Henry Blodget looking out for the little guy investor).

On the one hand, you might have a well-off but unsophisticated investor (a dentist, say), who is buying up shares of the red-hot private companies like Twitter because he’s hearing about them on CNBC and because he’s getting emails from brokers who are telling him they can get him in on the next hot thing.

This dentist may be buying the stock even though he’s so wildly unsophisticated (or careless) that he doesn’t even know how many shares Twitter has outstanding, let alone what the company’s real financial performance looks like.

(Don’t snicker: According to insiders familiar with the situation, these are exactly the sorts of folks who are being pitched Twitter stock these days.)
And, on the other hand, you have the seller–Kleiner Perkins partner John Doerr–who is on the board of Google and basically on the board of Twitter, who knows EXACTLY what he’s selling.

Kleiner led a $200 million round in Twitter. They were to take $150 million. The remaining $50 million was to be taken by existing investors, including Insight Venture Partners.

Before the closing Kleiner Perkins decided they only wanted to take $130 million, not $150 million. Insight was happy to take the extra $20 million, and did. Management was fine with this.

Because of a legal complication Insight had to buy the shares from Kleiner Perkins. But they bought them at exactly the same valuation that Kleiner did, so there was no profit.

In other words, this is a huge non-event, and Kleiner didn’t flip the shares. But someone, either a current investor or perhaps one of the investors that was passed on by Twitter, decided to sex this up, a lot, and pass it on to SAI as a story. And I finally got the opportunity to use that dramatic screen grab from Braveheart in a post.