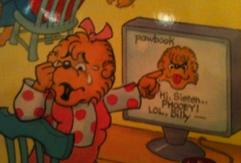 SocialShield, a startup that helps parents monitor their kids’ online behavior without violating kids’ privacy, is unveiling a new version of its platform today.

SocialShield, which recently raised $10 million in funding, gives parents high level visibility into what kids are doing online and on social networks, and who they’re interacting with online and via mobile phones. SocialShield, which requires that both parents and children opt-in to the service, monitors kids’ picture sharing, social gaming and other social activity on networks that kids use the most (currently Facebook, Myspace and Twitter). Rather than giving parents access to kids’ accounts or copies of their online communications, Social Shield sends parents alerts when activity indicates potential danger.

In addition to the new version, SocialShield, which recently inked a licensing deal with AOL, has been invited to The White House to participate in a Presidential Summit on CyberBullying. The summit is focused on discussing the technology tools to assist parents in this issue and how technology companies can help parents. Also in attendance are representatives from Facebook and Disney. SocialShield founder Arad Rostampour says that the startup is “honored to be selected by the White House to contribute as a technology leader around cyberbullying and kid’s safety on social networks, and will continue to support President Obama’s initiatives to combat cyberbullying.”

In the new version, the startup has redesigned the dashboard to focus on alerts and activity summaries and let parents drill down on the relevant activity, friend, or photo rather than be overwhelmed with a feed of activity. SocialShield also features more in-depth alerts of suspicious activity, such as emails from strangers, alerts on friends, embedded comments, and more.

With mobile activity a key component of kids online security, SocialShield is releasing a mobile monitoring feature to provide analysis and report on kids’ phone call and texting activity. And the company is unveiling the SocialShield Score, which will represent the number of activities found that could affect kids’ safety or damage their online reputations. The more alerts that are sent for a child, the lower the score will be.