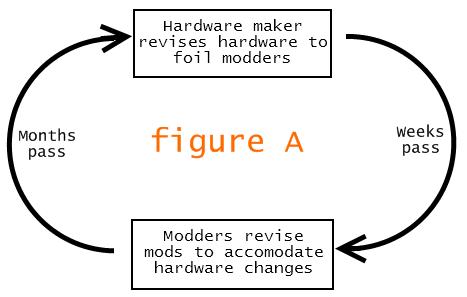 The “epic fail” of PS3 security discovered by hackers in January and pried open further by Geohot (who is now being sued) may be fixed with the latest patch to the PS3. This is the natural way of things, of course.

Hack developer Youness Alaoui has said on Twitter that “For now, it looks to me (at first glance) that the ps3 has been resecured, but it doesn’t mean it can’t be broken again from scratch..” Though he hastily added that he doesn’t plan to work on a 3.60 crack, and that noobs should stop @ing him.

In the meantime, if you’re running a hacked OS or homebrew stuff, you should probably stay with the version you’re currently using, and avoid a net connection, since you know how serious Sony can be about pushing updates.