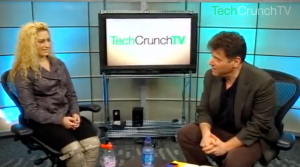 Yes, it is. At least according to gaming guru, Jane McGonigal, the author of the hit new book Reality is Broken: Why Games Make Us Better and How They Can Change the World. For McGonigal, who began gaming as a ten-year-old and is now Director of Games Research & Development at the Institute for the Future, reality needs to be refashioned as a game in order to build our self-confidence and make us less fearful of real world failure.

“If I can do it in a game,” McGonigal told me when she came into the TechCrunch studio last month, “then I can do it real life too.” Gaming has certainly changed McGonigal’s life. After suffering a serious brain injury in 2009, gaming helped cure her depression. She fell in love playing an electronic game and spent the first month of her marriage playing games (isn’t marriage, in reality, one long game?) She even thinks that gaming has improved her sex life, suggesting that the subversiveness of electronic gaming gives her a “thrill.”

And stay tuned for tomorrow, when McGonigal explains why gaming isn’t the opium of the people.

McGonigal on turning life into a game

McGonigal on how gaming improved her sex life

McGonigal on why reality is broken