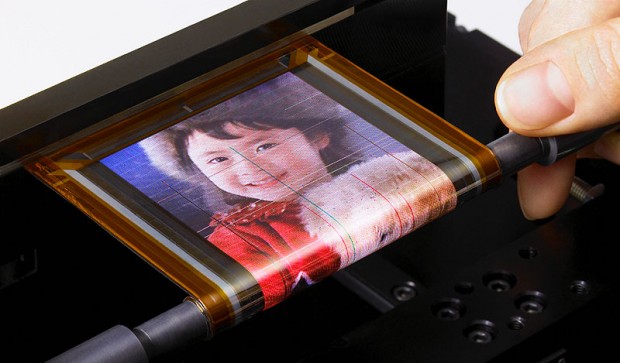 Bendable integrated circuits aren’t new, but now a total of 27 Japanese companies and institutions are working on bendable ICs that can be commercialized and mass-produced as early as 2015. According to Japanese business daily The Nikkei, the organizations involved include Japan’s National Institute of Advanced Industrial Science and Technology (AIST), Sony, Fujifilm, Panasonic, Toppan (a major printing company), and others.

The goal is to develop flexible plastic film (instead of silicon wafers), which would make it possible to mass-produce thinner and lighter consumer electronics, for example roll-up TVs (pictured: a Sony OLED display prototype from 2010), flexible e-paper, bendable solar cells or thinner auto parts.

The film the 27 Japanese companies are going for is just 0.025mm thick, about a hundred times thinner than existing chips.

And they aren’t losing time, as work is to begin as early as this month. The Japanese government predicts that the technology will cost $67 million to create in total and says that it will support the project with over $25 million.